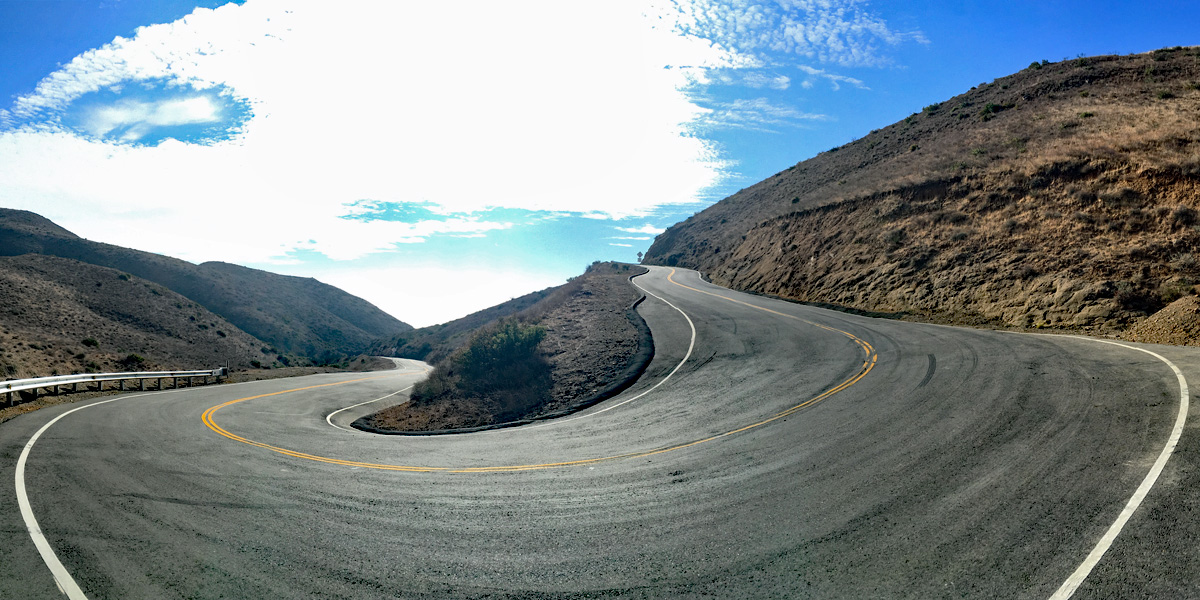 Long time PEZ fan Adam from California was inspired by my recent article on La Col de la Rouquette in my home region in France so he sent us this submission of his favorite climb, Deer Creek in California. 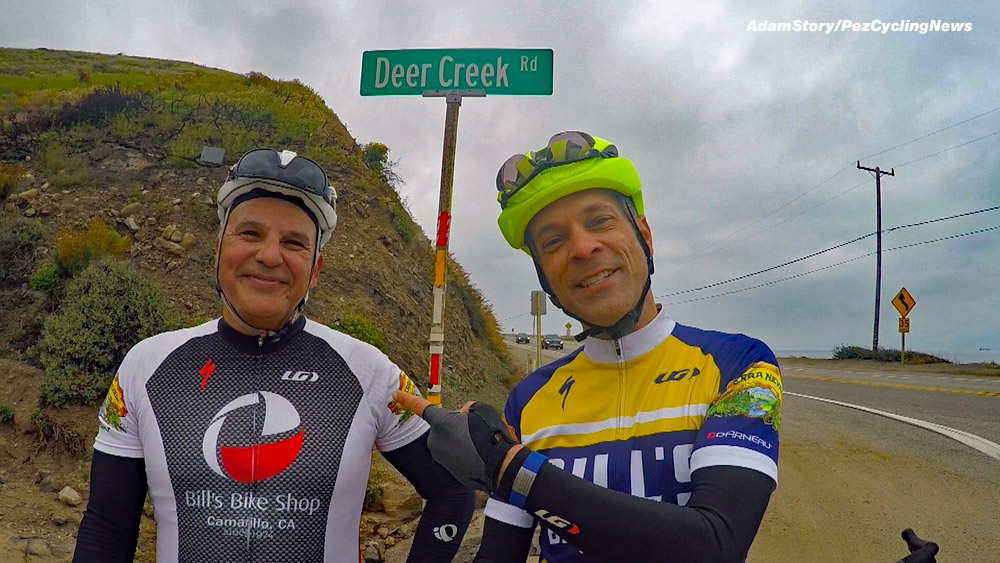 He’s going to do it

Where is the Climb?
Deer Creek is the last major climb off Pacific Coast Highway in Malibu, Southern California, U.S.A. between “The Rock” which you have likely seen in every single automobile commercial and “Neptune’s Net” which is a restaurant featured in movies such as Point Break, IronMan 3, and Fast and Furious. 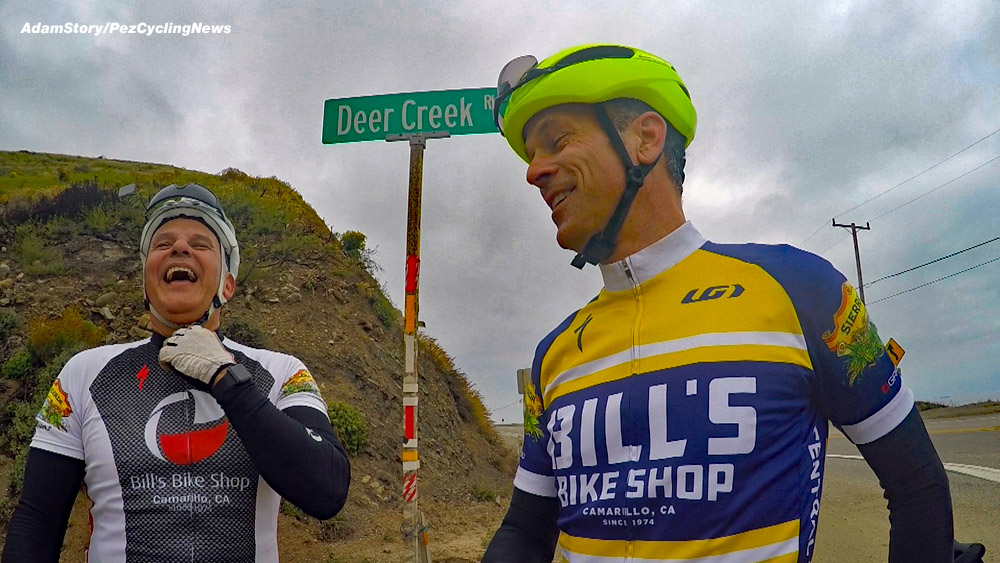 When I tell Daniel that it’s easy 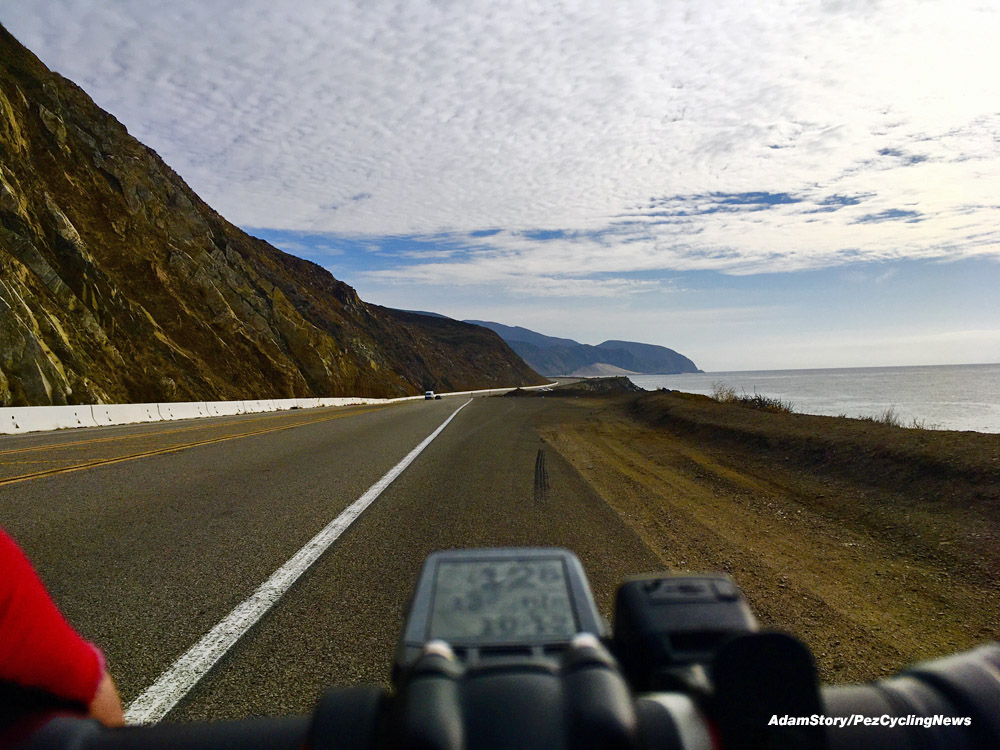 What are the stats on this climb? How many different directions can you attack it from?
There’s one direction. Start at the ocean at sea level and go UP. Stats according to Strava: 2.25 miles, 11.4% average grade. There are many times it jumps to 17-18% and does this frequently. 1355 elevation gain. Strava KOM: Phil Gaimon at 19:01. My time: 33.03. 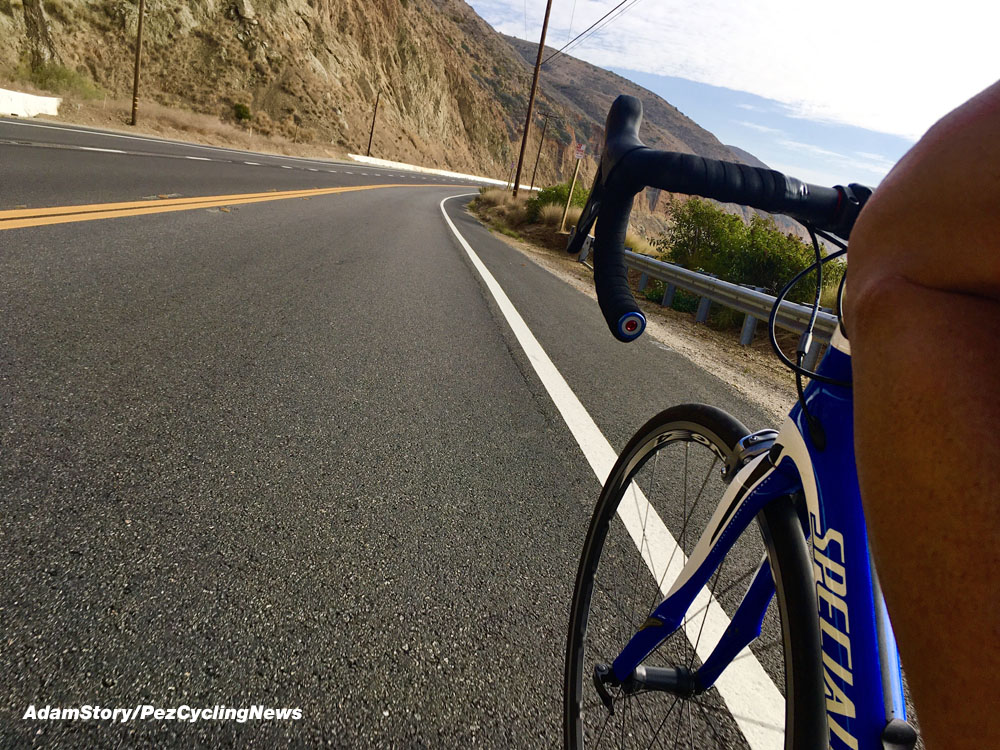 Why do you like this climb so much?
There’s a list from north to south of all the hills in the Santa Monica Mountains: Deer Creek, Yerba Buena, Mullholland Hwy, Decker Rd, Encinal Canyon Rd, Kanan Dume, Latigo Canyon Rd, Corral Canyon Rd. Malibu Canyon, Las Flores Canyon Rd, Tuna Canyon Rd and Topango Canyon Rd. Heading from Los Angeles, Deer Creek is the last one before the mountains end and then it’s flat. 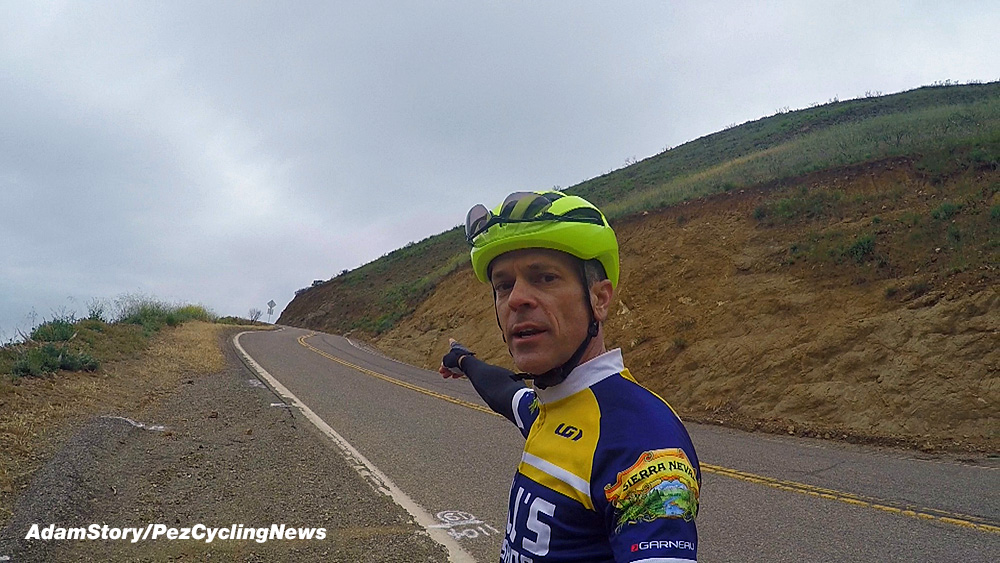 I like the climb because Deer Creek is the first from my house. It’s the most north from Los Angeles, but the closest to me. It’s the steepest. There’s the least amount of homes on the road and thus, there’s no reason to really be driving on it. It’s not as popular for recreational motorists or those on motorcycles (Mullholland probably has the most traffic and is more iconic to sunny southern California). 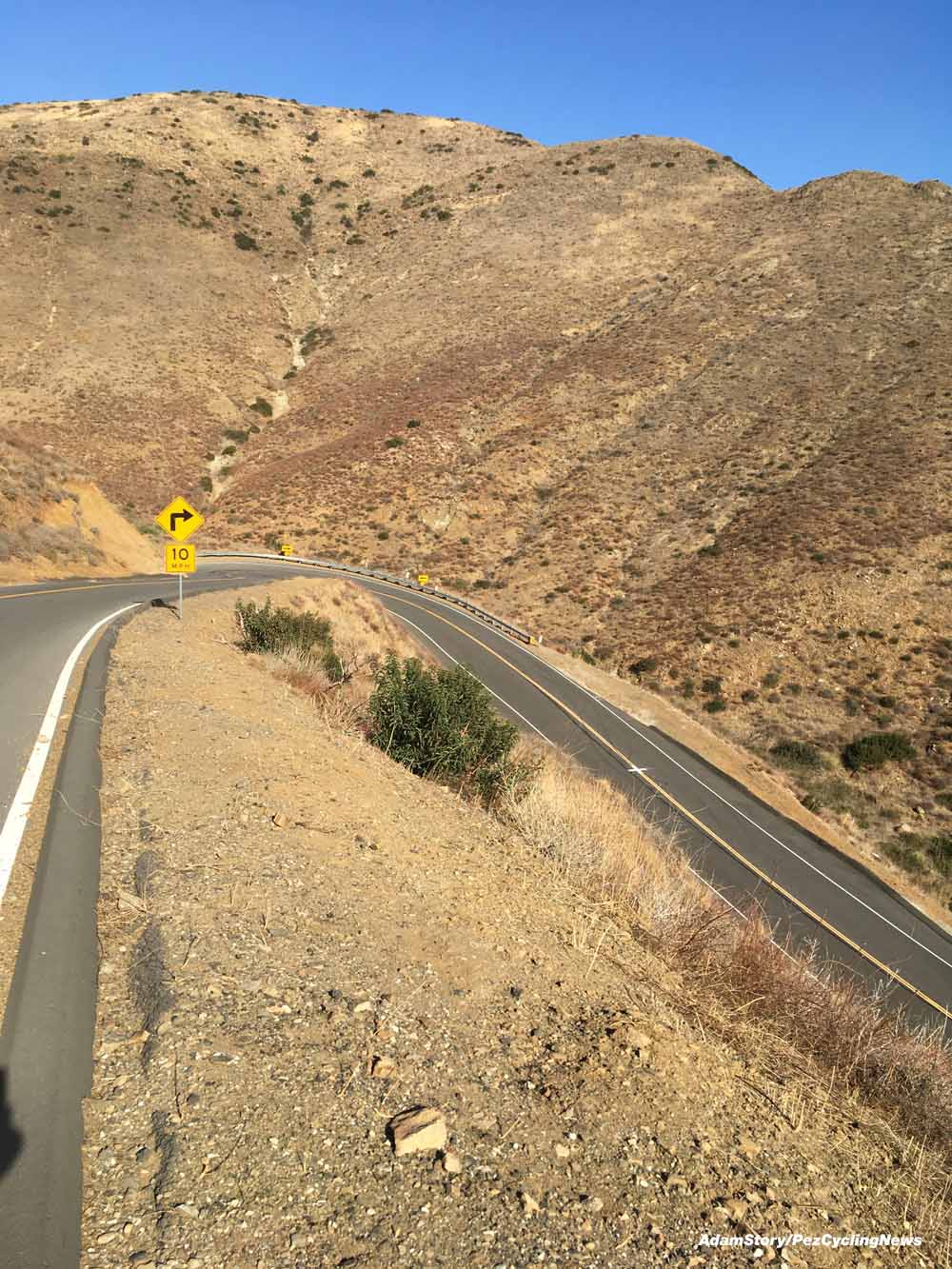 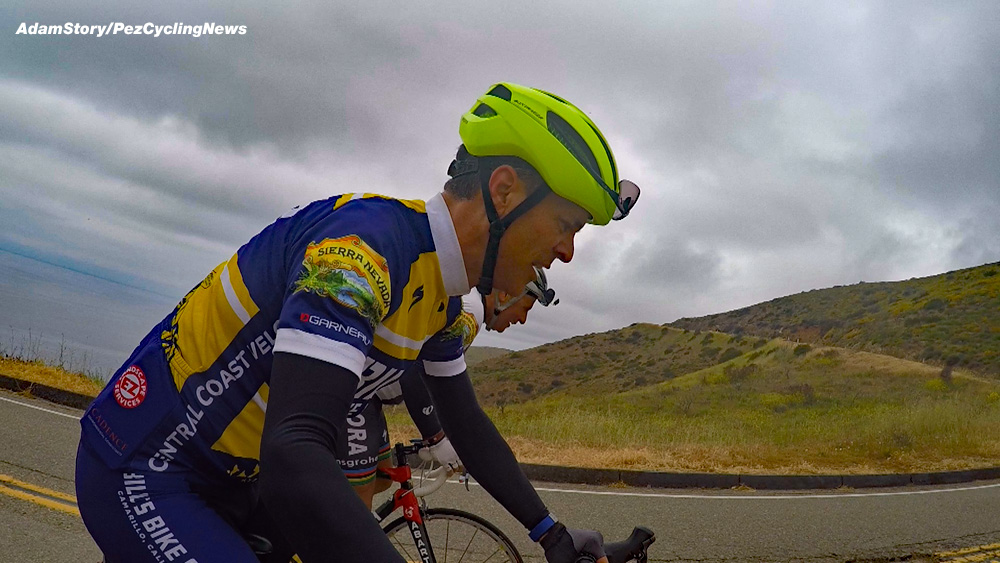 For many events such as Phil Gaimon’s Cookie Fondo, the Nosco Ride, Malibu Grand Fondo, etc. Deer Creek is the most feared. Most people talk about it as if it was beyond categorization to the point where new cyclists are fearful of even attempting it. “I heard there was a dentist that tried it once and died a quarter mile into it and they never found the body.” It’s got that type of reputation…

Adam taking a friend up Deer Creek for the first time

What’s the best part and/or the hardest part of the climb?
The best part of the climb is the beginning. You start climbing immediately and then do a 180 degree turn, go up a steep section and within minutes you can see miles of ocean and where you started from. But then as you go up, the pitch never really relaxes. The hardest part is about 2 miles into it you can see where the tarmac ends at the top of the mountain and your mind thinks that it’s only a quarter mile up…so you’re almost near the top. Once you reach that area, you realize that it’s not the top. Every time I do this climb, my mind plays tricks on me and I underestimate how far the ending point is.

What else is there to do and see around the climb?
I’ve never looked. I have to concentrate on what I’m doing! I wouldn’t eat at Neptune’s Net after riding unless you want to puke. Deep fried fish after cycling doesn’t mix well. On top of the mountain there are some eclectic homes from rich actors, but all you can see is the gate to their mansion. 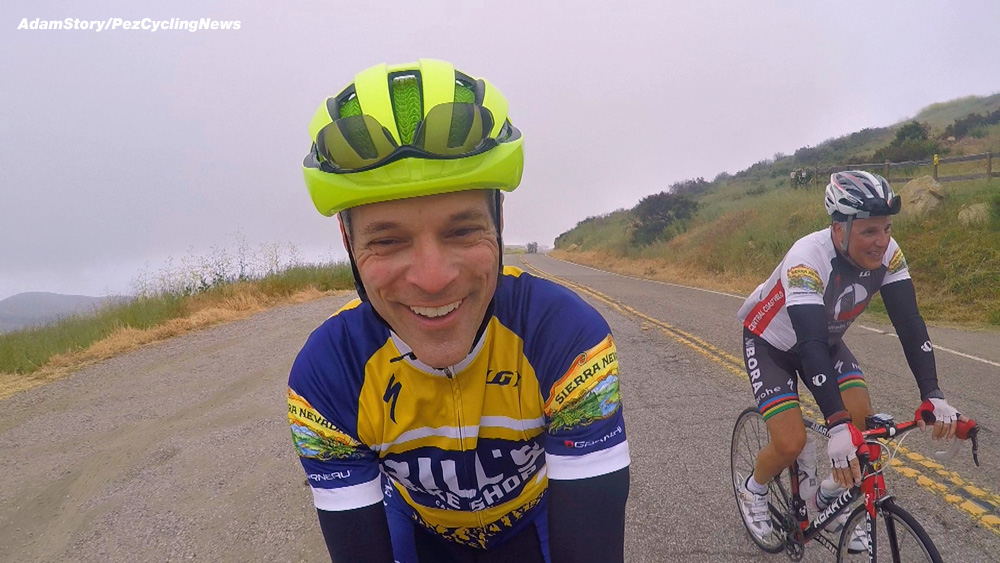 Are there any other climbs that you almost chose as your favorite?
Latigo would be my second choice. However, there’s more traffic and many people that think they’re racing MotoGP on their motorcycles. Currently Mullholland is awesome because it’s closed to traffic due to fires. Rock Store (part of Mullholland) is closed to motorcycles and cars currently due to brush fires years ago. 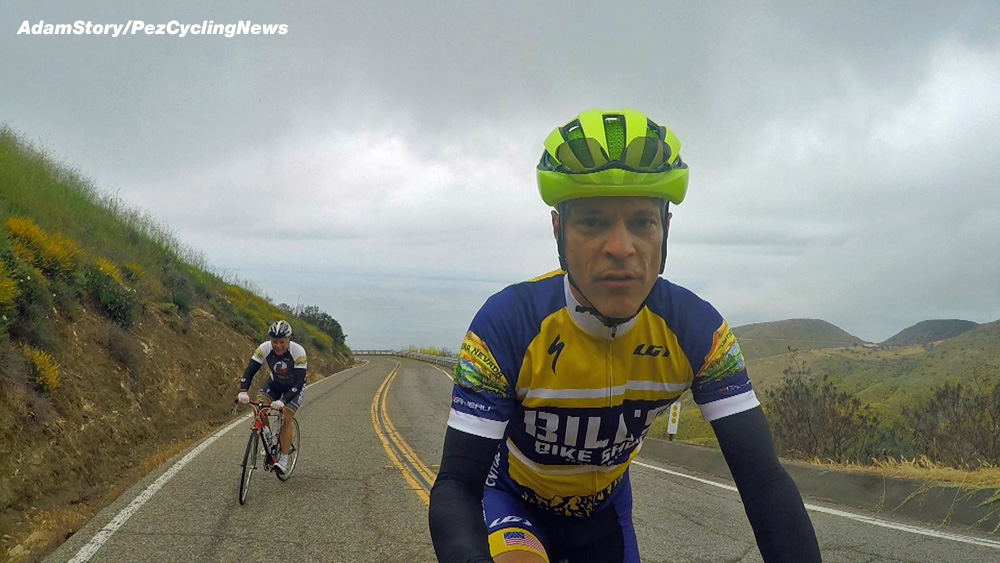 Any last words about the climb?
It’s not impossible. I use a 34 x 28. There’s sections where I have to stand. No hill is impossible, you just need the proper gearing for your abilities.

What goes up must go down – here’s Adam enjoying the descent of Deer Creek on a beautiful Californian day.

# Thanks to Adam for the submission of his favorite climb – seven years on from his first PEZ submission in Readers’Rigs! #