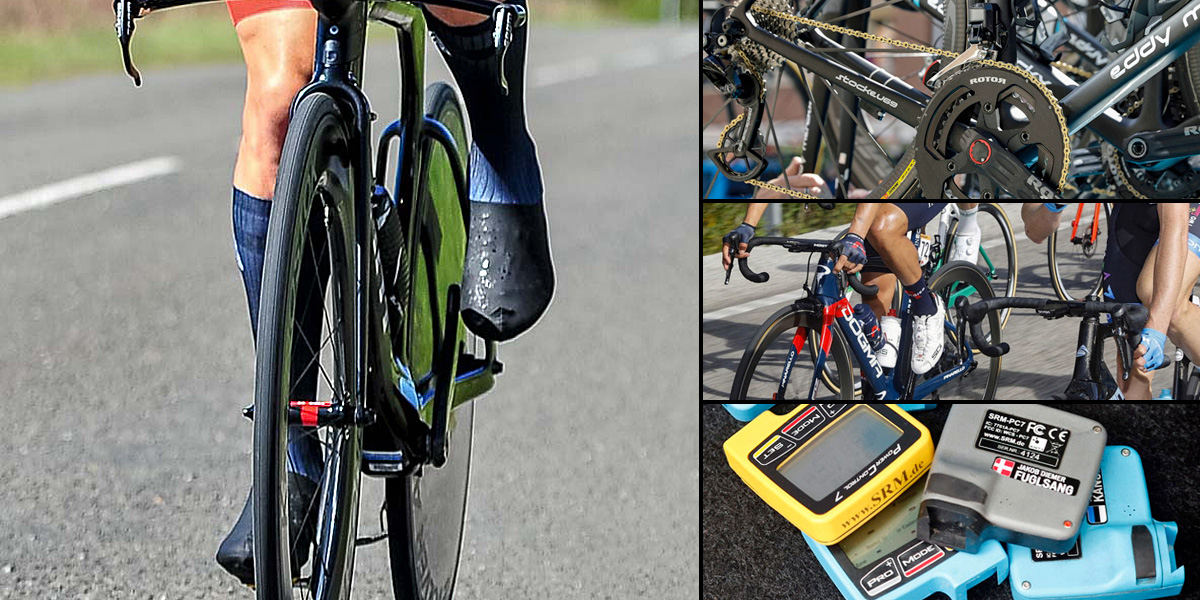 Here at PEZ we recognise a good rant when we see one; so when style conscious English pundit, Terry Lewis Batsford posted his ‘dislikes about 21st century cycling and bikes’ on social media we thought to ourselves; ‘we need to print this’. 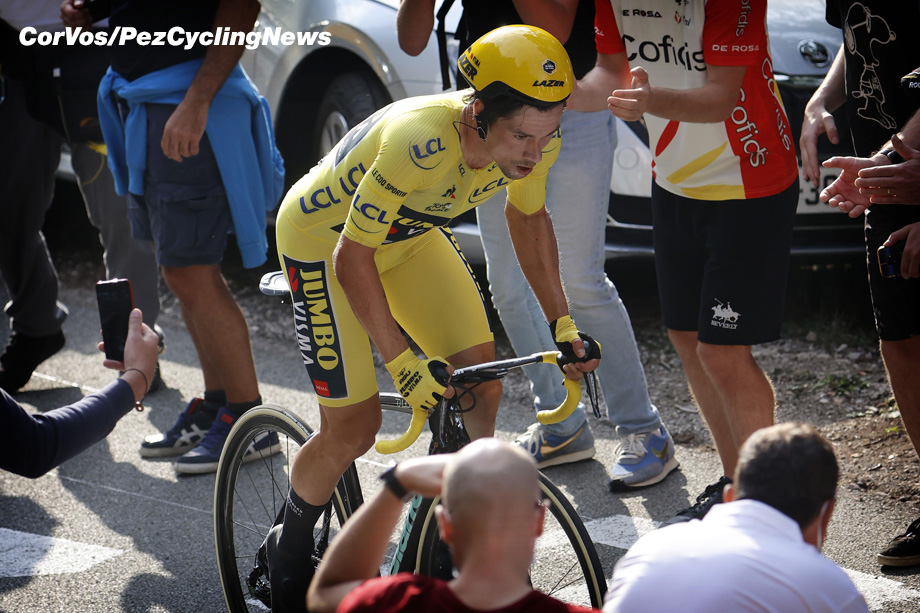 Primoz Roglič – Not looking good in the Tour TT, but it takes more than a bad helmet day

Terry comes from a cycling background, his dad was a co-sponsor of the English Ryall-Weldwork pro team back in the 60’s; a decade when Terry raced a season in Belgium as a junior – training on occasion with the late, great Tom Simpson. He also raced in France and The Netherlands as well as at international level on the track as team a pursuiter alongside the likes of Commonwealth, World and Olympic medallist, Ian Hallam. As a veteran he came close to the magical 30 miles per hour for a 25 mile time trial with a 51 minute ride. In short, the man ‘has the T-shirt’.

With Terry’s kind permission we reproduce his rant here, with our two cents worth added, naturally.

Things I dislike about 21st century Cycling and Bicycles:
1. Disc brakes (they belong on cars and motorcycles)
# Here’s what we said on PEZ back in the spring in our Kuurne-Brussels-Kuurne piece; ‘For the Classics some of the Shimano teams are replacing the Dura Ace front discs with the heavier duty Ultegra and even XTR mountain bike discs, saying that the Dura Ace disc isn’t robust enough. However, the XTR discs can’t cope with the heat build-up on long mountain descents so aren’t a panacea. There’s also the issue of rotor size standardisation and axle clamping – some mechanics saying it’s fine to use power tools to secure the thru axle and others saying it’s not, running the risk of stripping the threads on the axle receiver. In short, there’s still development to be done on disc brakes.’ 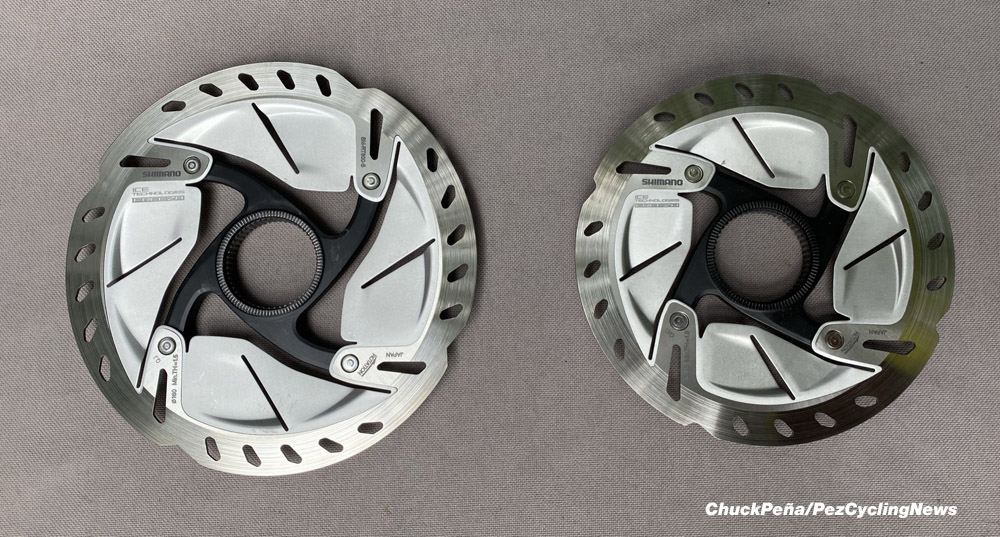 2. Tubeless tyres (they belong on cars and motorcycles)
# As with discs the big problem is lack of industry standard, you have to choose your rim/tyre combo carefully or you’ll have to enlist Arnold Schwarzenegger to get them mounted. And whilst they ‘self-seal’ the compound does dry out and if you are unlucky enough to sustain a hole larger that around 6mm in the tyre then the sealant spews out, making one hell of a mess. [‘Back in the day’ we used to pump milk in tubulars with slow punctures, the milk solids would seal a tiny hole but if you had a blow-out subsequently, the mess and smell were terrible.] Therefore you’re advised always to carry a spare inner tube. And you’re gonna need at least a Co2 pump, if not a compressor to provide that initial ‘thump’ of air to get them to bed on the rim. How many pro teams have embraced them? Not many, tubulars are still the choice of many. 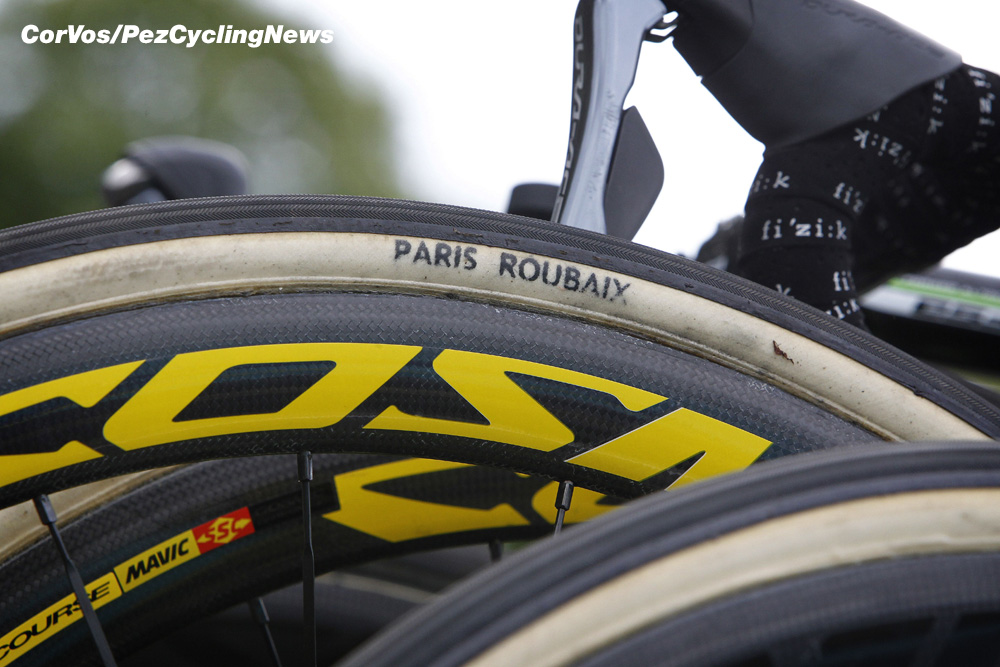 Tubulars – still the choice of the pros

3. ‘Dropped’ seat stays that join the frame halfway down the seat tube (a consequence of Disc brakes)
# ‘Dropped’ seat stays are more to do with aerodynamics but if aero frames are so important in a road race how come races aren’t any faster? The benefits of ‘aero’ in a time trial we don’t need convincing of, just look at those pictures of ‘Maitre Jacques’ Anquetil, that position of his was about as aero as you can get on a conventional machine and one of the reasons he was the ‘Chrono Master’ for a decade. But in a road race? Unless it’s a solo breakaway on fast roads – but there are precious few of those. . . and there’s no doubt that ‘dropped’ stays are not easy on the eye. 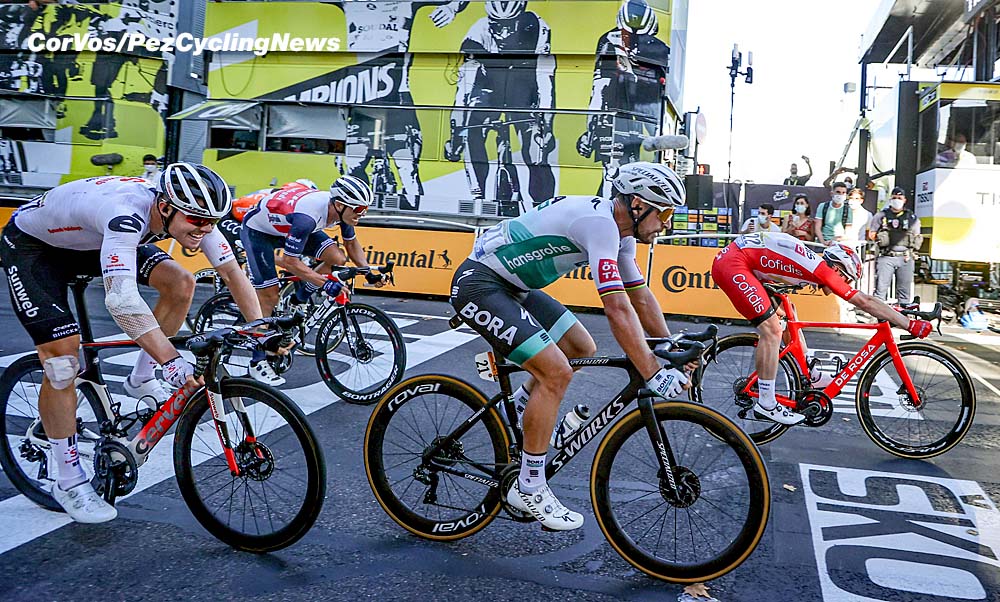 4. All-black carbon stem and ‘bars combination with a Garmin sticking out the front. Referred to as a ‘Cockpit.’ (It’s a bicycle not an aeroplane)
# We second that motion, sir. 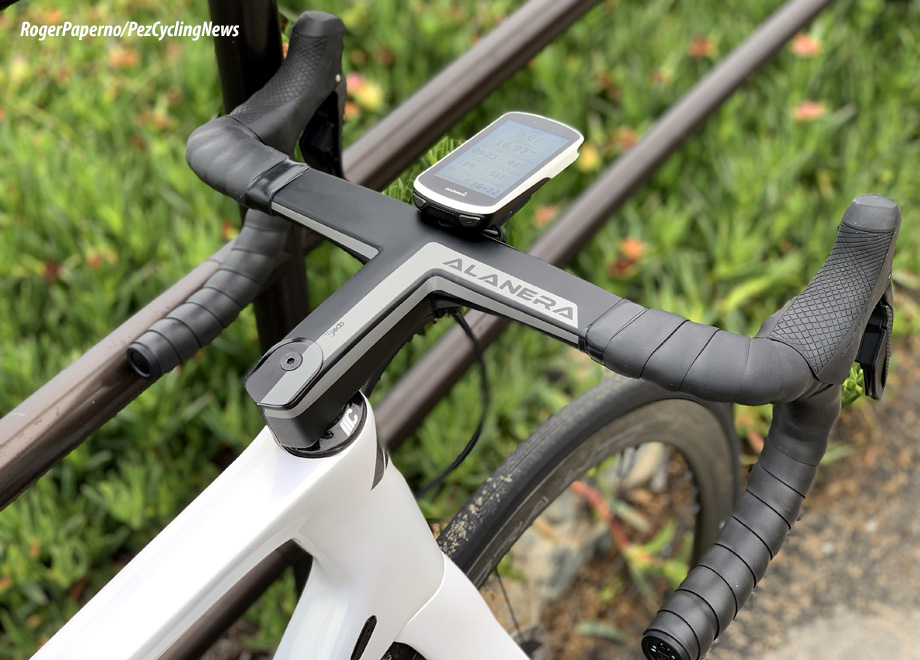 5. All-black groupsets (White metal aesthetics for me)
# It does depend, the right black components on a white frame can look cool. 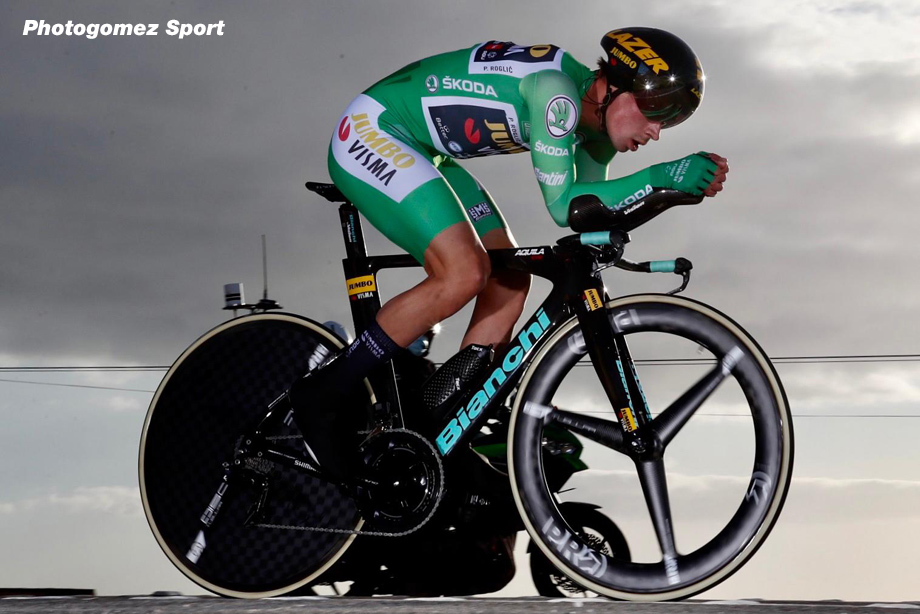 Black bike with black groupset If you can see it 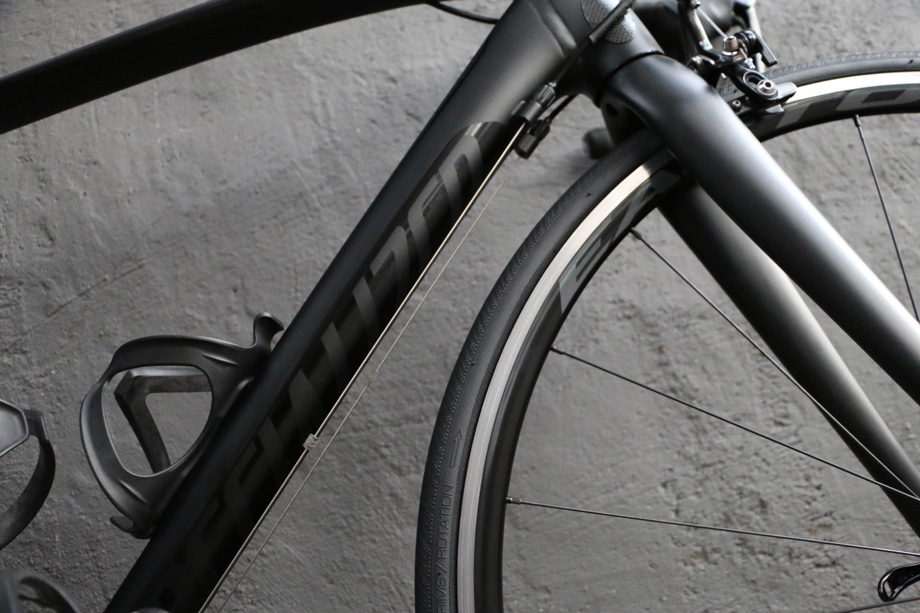 7. Black ‘bar tape (The only riders who used black tape in my day were grubby Russians and East Europeans)
# PEZ mentor and soothsayer, Viktor and I have been arguing about this for 45 years; he says black, I say WHITE; colours are acceptable depending on the frame colour. 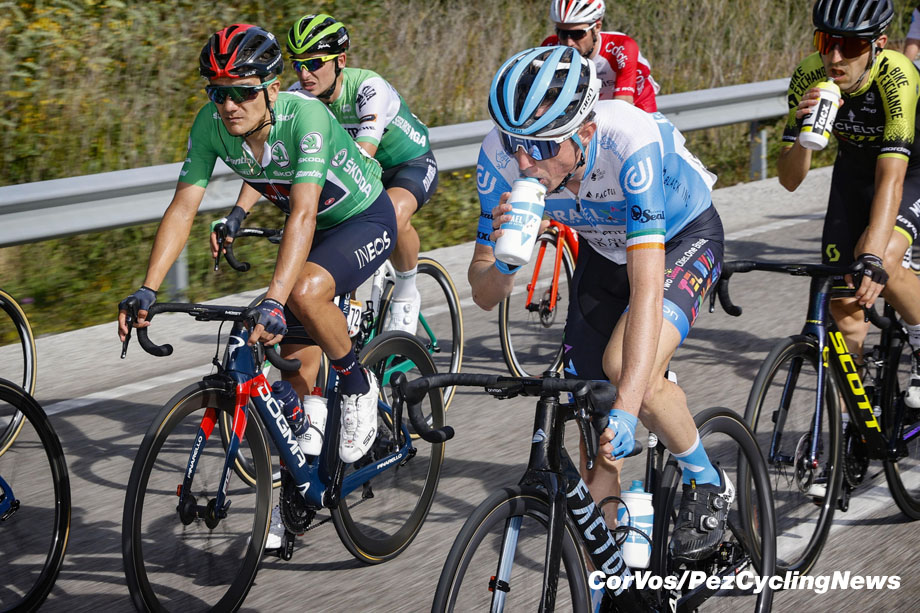 7a. Must add at this point that black socks have become acceptable. But socks which cost more than £5 a pair are on this list.
# Have to argue this one, Terry – socks should be WHITE and not come up to your knees. The best socks on the planet used to come from Dossche Sport in Gent; the shop is ‘just a bike shop’ these days but back in the 70’s they sold the coolest under vests and ‘six day socks’ – soft cotton with a double knitted cuff, ankle length, beautiful. As for ‘leg fairings,’ as favoured by British domestic time trial riders which make the rider look like a third division soccer player, for once I agree with the UCi – NO! 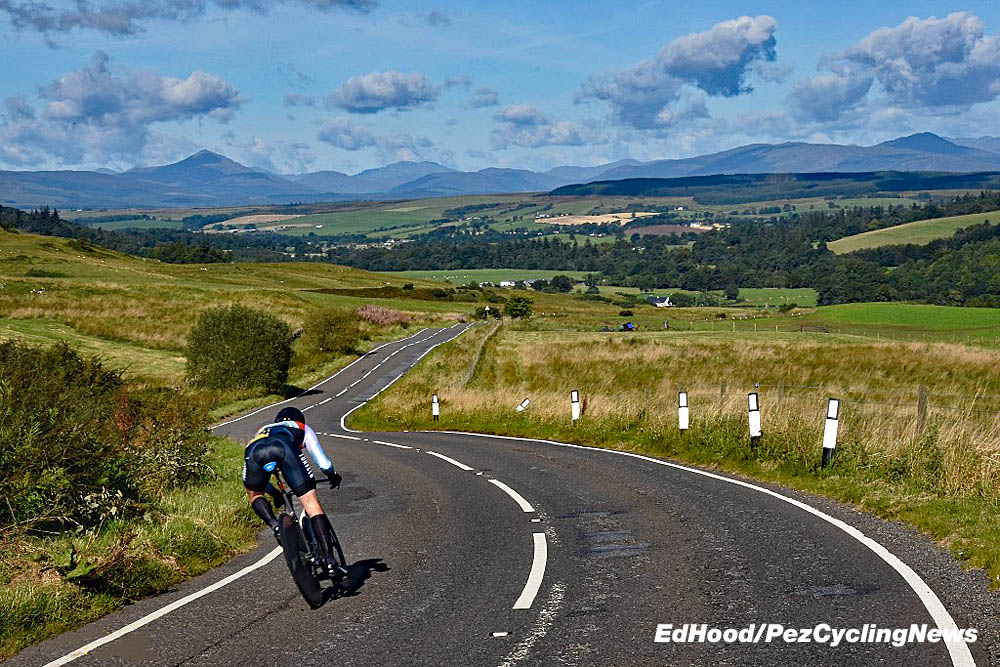 How to ruin a beautiful view with socks

8. Oversize Ceramic jockey wheels that cost £400
# Try 1500 Euros for the titanium 3d printed jobs, Terry and has anyone worked out how much aero drag the extended cage generates? Then there’s the weight of the extra links in the chain. But as Dan Fleeman said; ‘I just have them because I think they look cool. . .’ 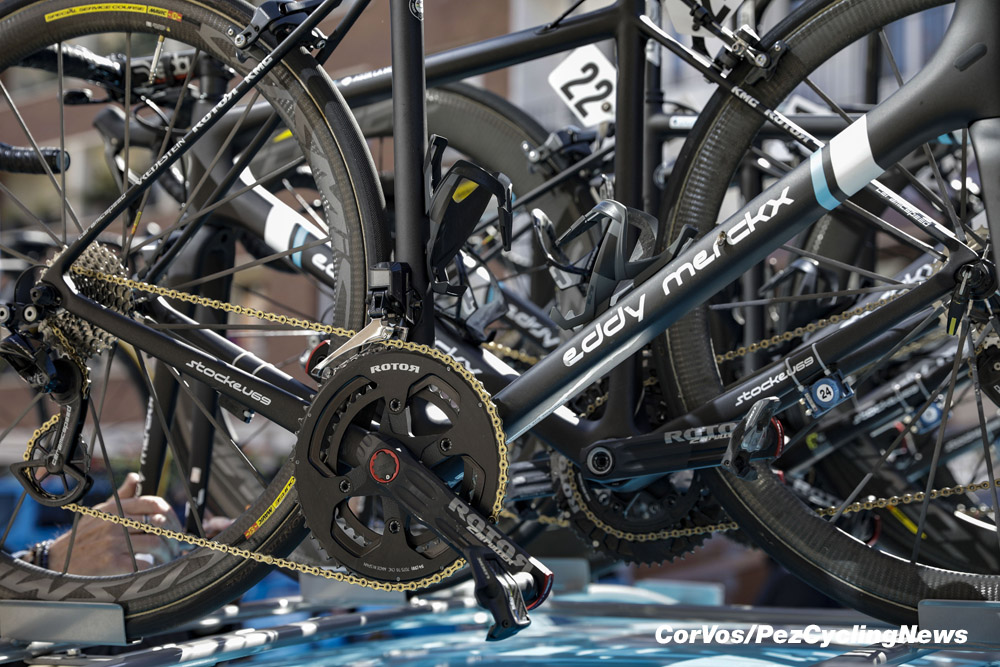 9. ‘Gravel’ bikes and anything related to riding on gravel (100 years ago cyclists had to ride on gravel as there was no choice. Why would you do so now when there’s so much smooth tarmac?)
# You have to hand to those marketing boys, there we were with rim brakes and double chainrings doing a bit of, ‘rough stuff’ on our winter bikes. Who knew we needed disc brakes, ‘one x’ transmission and specialist bike to take off road? Thanks guys! 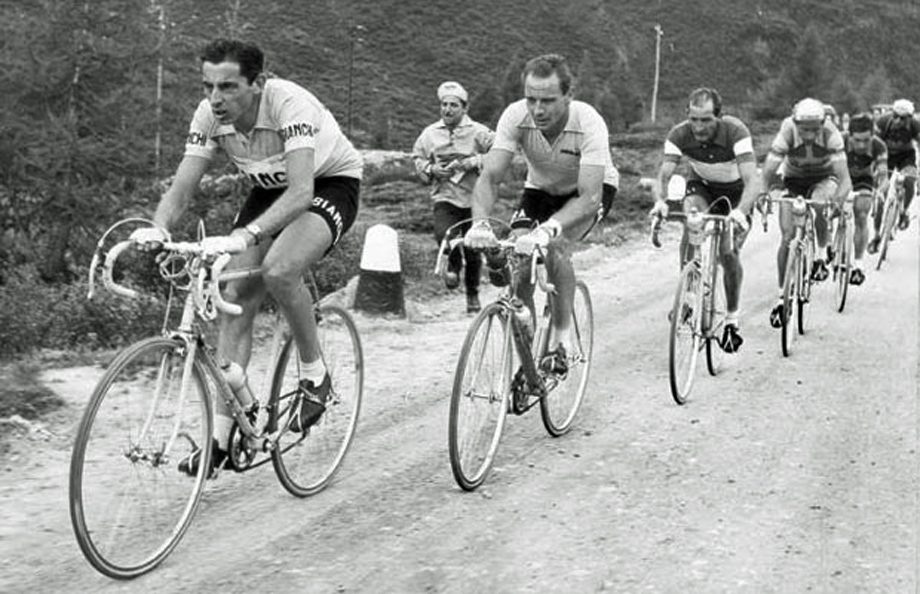 All roads were gravel at one time

10. Power Meters (A total alien, and mystifying concept)
# BAN them – and race radios while we’re at it. 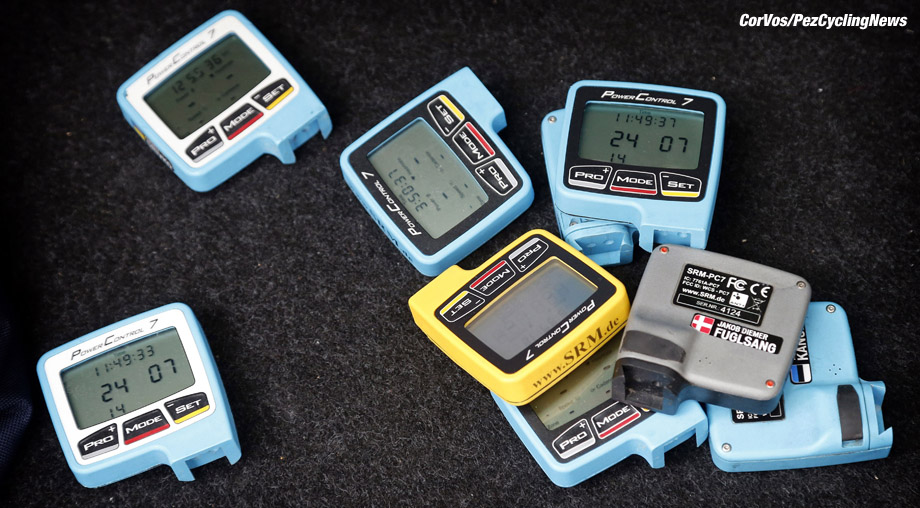 How did we survive without them?

11. Compression clothing (Should be worn when flying to avoid DVT)
# I wonder about that too – but no doubt a kind reader will enlighten us on this one. But it’s unarguable that riders wandering about before a race in ‘leisure’ shorts and long socks looks grossly uncool. 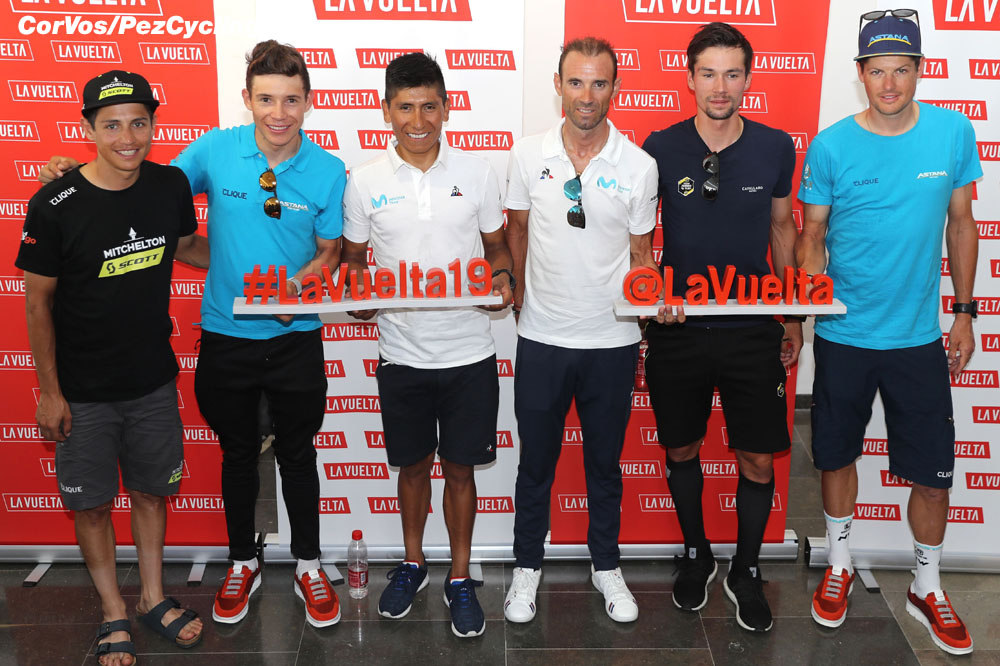 12. Zwift. Ride indoors and turn cycling into a video game, and lose all the great things that make riding a bike outdoors so fabulous.
# Personally, I agree, when I raced seriously a large part of the joy was just to be out of the office and/or car in the fresh air, watching a heron flap lazily up from where he was fishing. BUT in these days of Covid, some folks are restricted in their movements so I guess Zwift is better than the sofa? 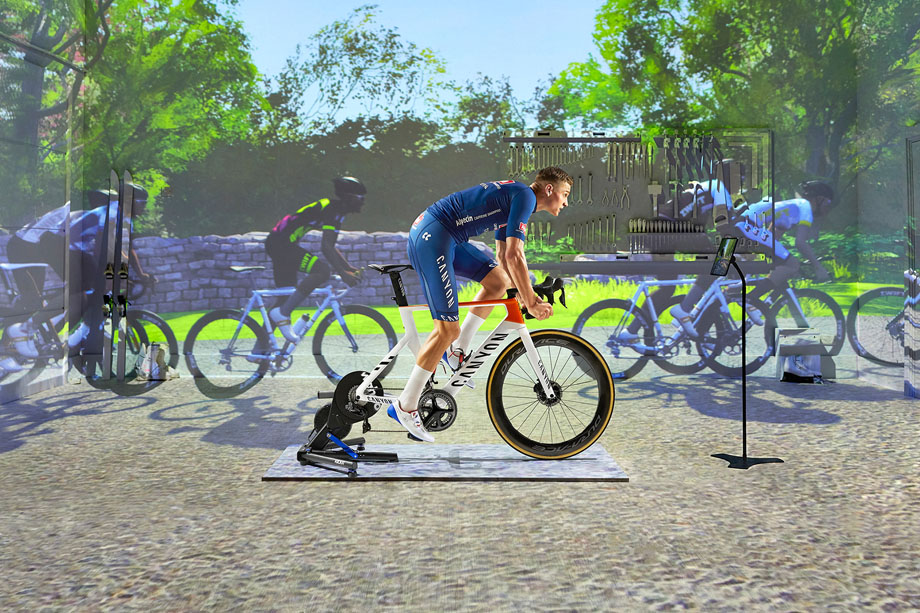 A bit of Zwift hasn’t done Mathieu any harm

Well, that’s the blue touch paper lit, best stand back and wait on the fireworks. . .

# Thanks to Martin Williamson of VeloVeritas.co.uk for the TT leg fairings photo. #