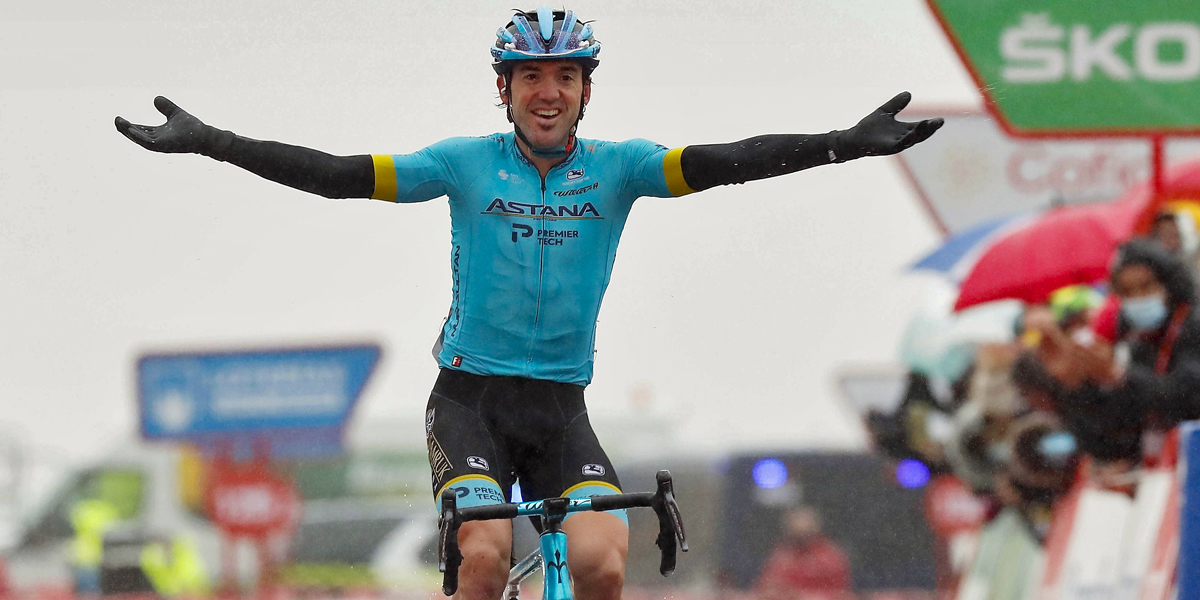 Vuelta Stage Report: Ion Izagirre (Astana) won the mountain stage to Aramón Formigal in the Vuelta on Sunday. The Astana rider escaped from a group of leaders on the final climb. Primoz Roglic (Jumbo-Visma) lost time on a stage characterised by bad weather conditions and had to pass the leader’s jersey to Richard Carapaz (INEOS Grenadiers). 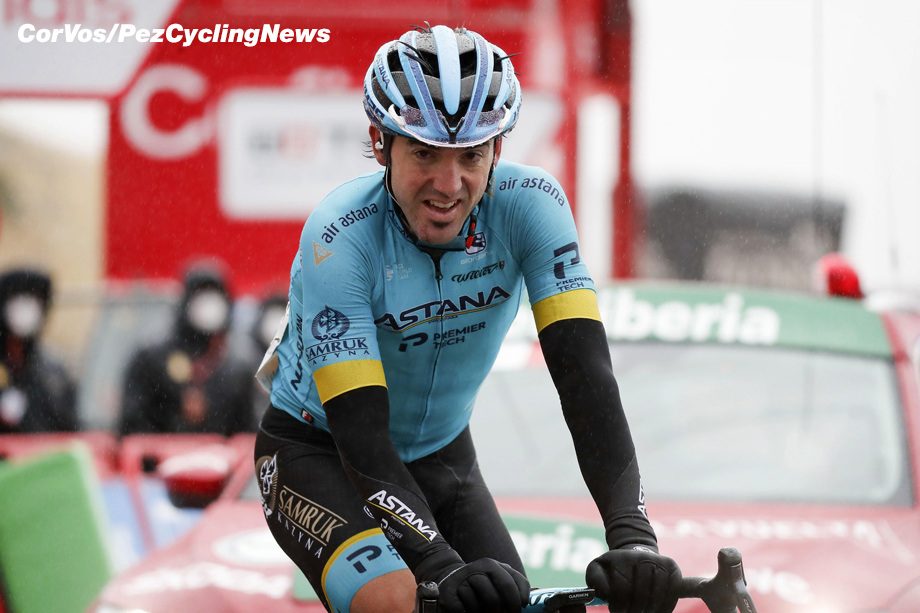 A hard fought for win by Ion Izagirre

Stage 6. Biescas > Sallent de Gállego. Aramón Formigal – 146,4km
The climb to Aramón Formigal is one of the most iconic ascents of the Aragón Pyrenees. Aramón Formigal hosted one of the most remarkable cycling races of the decade: the 15th stage of La Vuelta 16. That day, Alberto Contador launched an early attack that ended up costing Chris Froome his chances of overall victory and helping Nairo Quintana’s prospects of triumphing in Madrid. Aramón Formigal has been summit finish of La Vuelta in another four occasions, with victory corresponding to José Manuel ‘Tarangu’ Fuente (1972), Agustín Tamames (1975), Pedro Torres (1977) and Warren Barguil (2013). 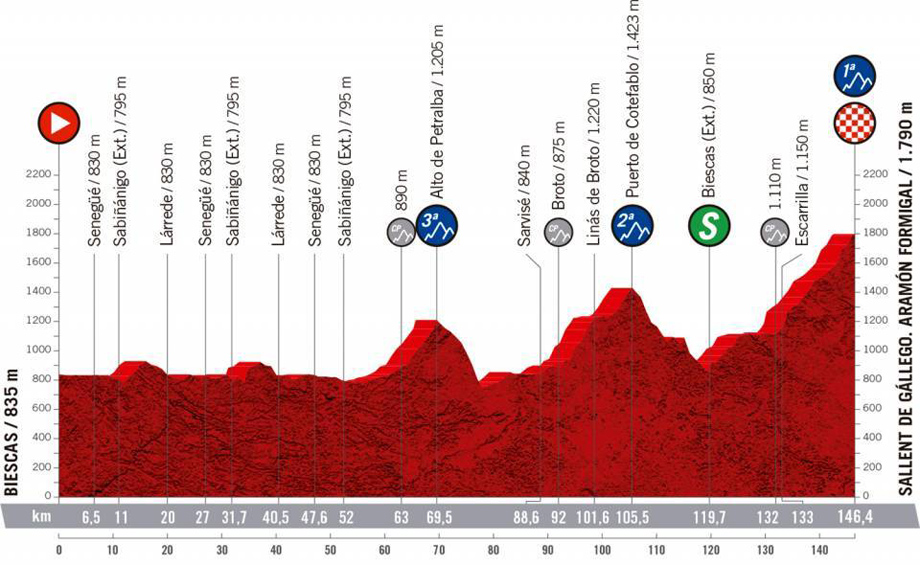 In the first part of the new stage through the Aragón region, a sizeable lead group of 23 riders quickly formed shortly after leaving Biescas: Rémi Cavagna (Deceuninck – Quick-Step), Magnus Cort (EF) and Remy Mertz (Lotto Soudal). Not long after, Cavagna took off solo, only to be joined by 22 riders. 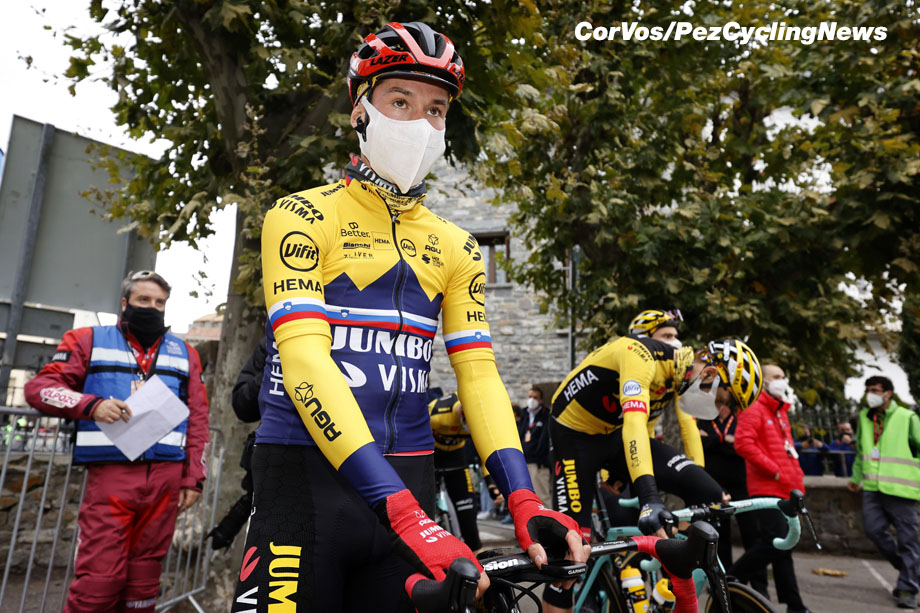 A cold start for Primoz Roglič 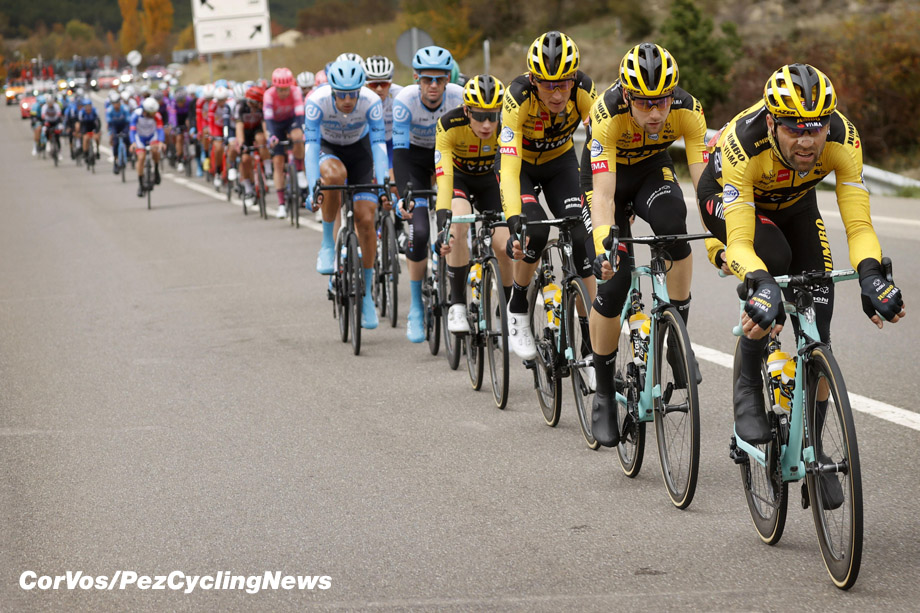 Jumbo-Visma put themselves at the head of the peloton to keep the difference within limits. On the first climb of the day, the Alto de Peralba, Guillaume Martin was first of the leaders. The peloton followed at 3:45. In the run-up to the Alto de Cotefablo, Jumbo-Visma received help from Israel Start-Up Nation. 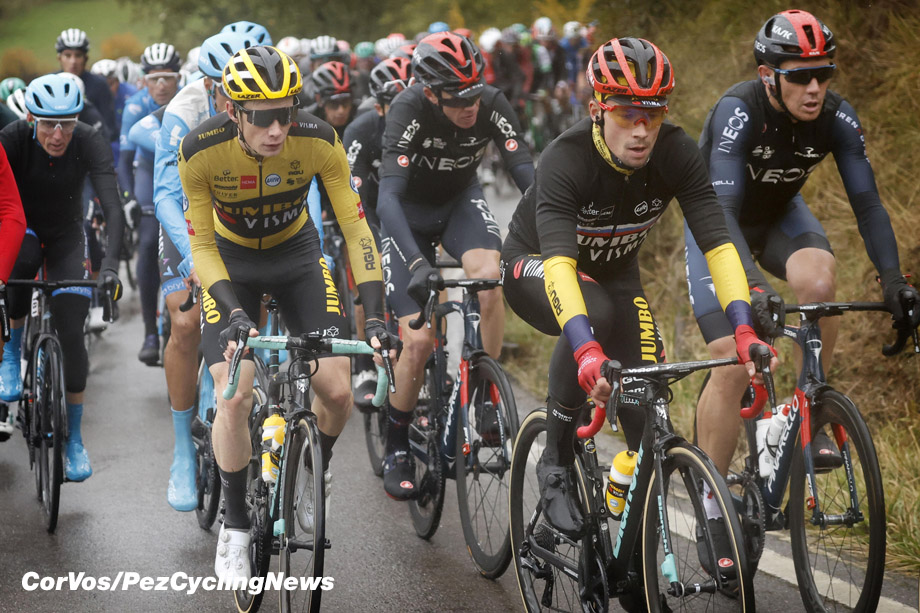 A horrible day in the saddle

At the top of the second climb of the day it was again Martin who came first. On the descent Gorka Izagirre took off. The Basque was soon half a minute ahead. Primoz Roglič lost contact with the other GC favourites on the way to the final climb, but managed to close the gap. 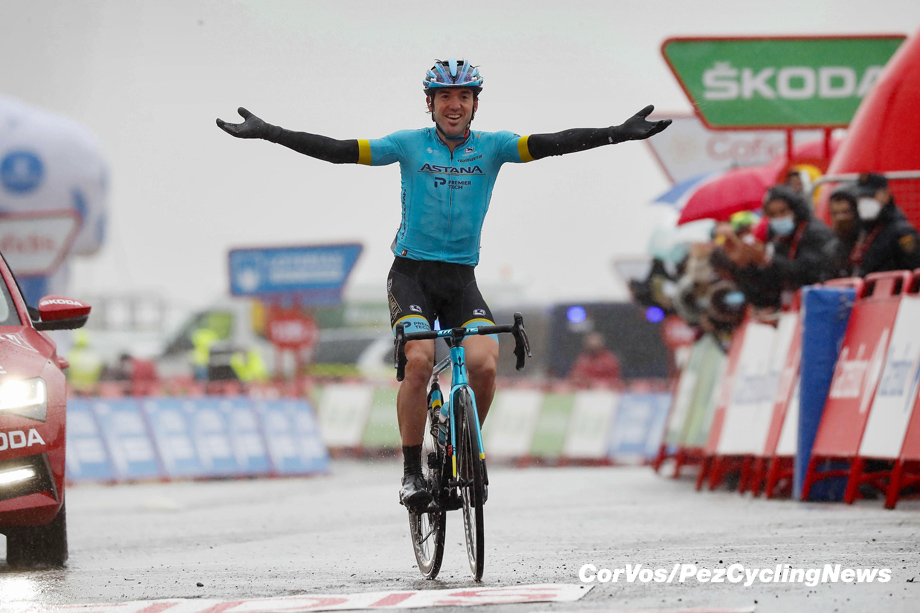 Izagirre’s lead lingered around 15 seconds, but at 6 kilometres from the top, he was caught by a group of pursuers. Behind; he peloton was in chaos after a battle for the GC. Carapaz drove away from Roglič, after which the Slovenian had to chase. 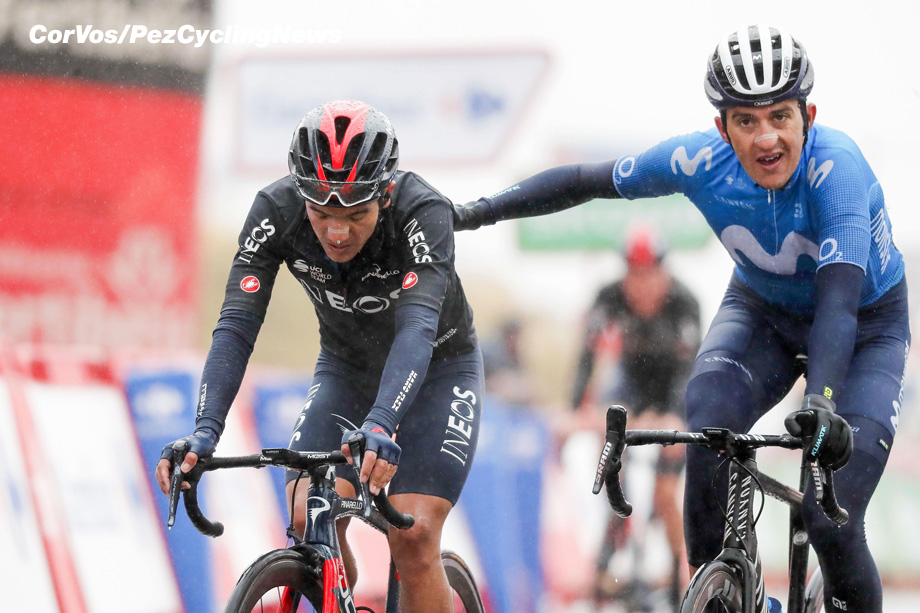 At 3 kilometers from the finish, Ion Izagirre accelerated at the front of the race. The Basque stayed out of the grip of his pursuers and soloed to victory. After stage victories in the Giro (2012) and the Tour (2016), he has now also completed his collection of Grand Tour stage victories. 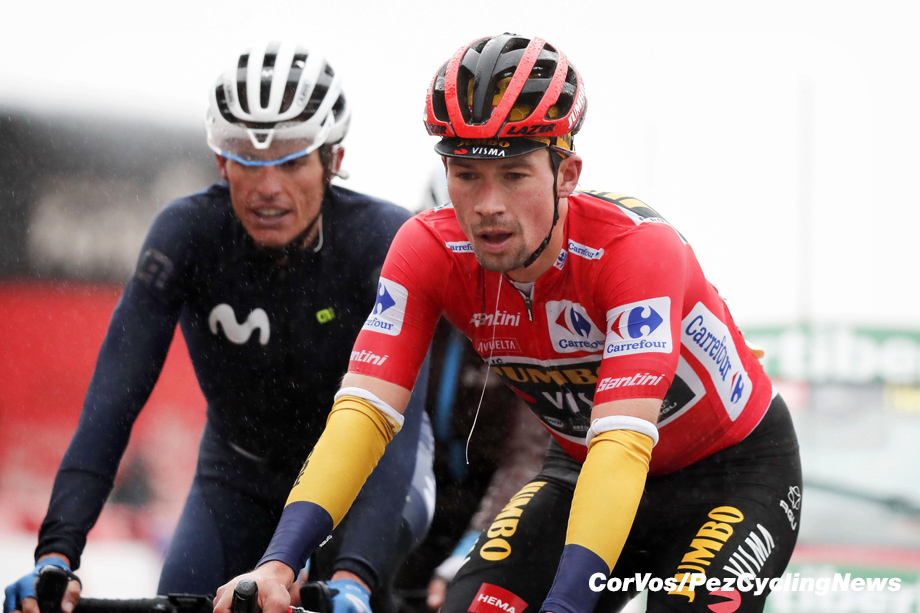 A tough day for the red jersey Roglič

Roglič lost 43 seconds to Carapaz, who will be in the leader’s red jersey after the rest day. The Slovenian droped to fourth place in the standings, half a minute from Carapaz. Hugh Carthy is now second, 18 seconds behind leader Carapaz.