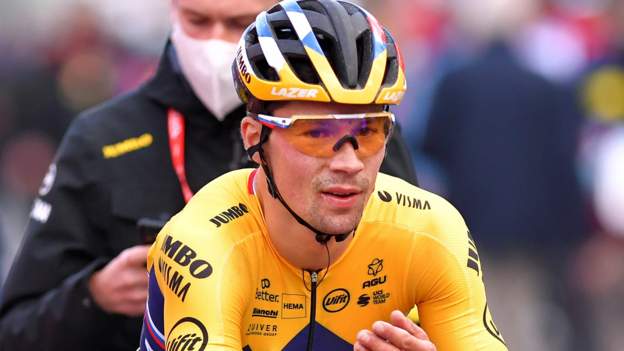 Jumbo-Visma’s Roglic, 30, lost the Tour de France on the final time trial to Tadej Pogacar in September in one of the event’s most dramatic finales.

Four-time Tour winner Froome, who rides for Ineos Grenadiers, is aiming to win the Vuelta for a third time.

The three-week Grand Tour begins on Tuesday in Irun near Bibao after being delayed by the coronavirus pandemic.

Roglic’s powerful Jumbo-Visma team are having a poor season, missing out on the Tour following three weeks of dominant riding, and pulling out of the Giro d’Italia on Tuesday when their contender Steven Kruijswijk contracted Covid 19.

Froome, 35, was selected for the Vuelta after failing to win a place in the Ineos Grenadiers team for the Tour.

He suffered poor form during warm-up races in August as he attempted to recover from serious injuries sustained in a crash before the 2019 Tour.

The Vuelta will be Froome’s last Grand Tour for Ineos after they decided not to renew his contract for 2021, which led to him signing for new World Tour team Israel Start Up Nation.