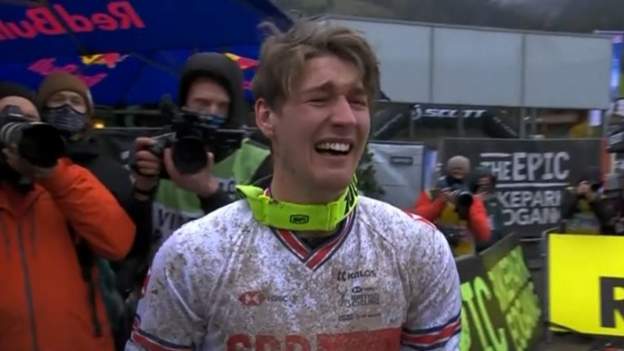 His time of three minutes 51.243 seconds clinched his first rainbow jersey with Austria’s David Trummer and Remi Thirion of France second and third.

Despite entering the championships with confidence, the Scot was in disbelief at his achievement following the win.

“I came here and believed I could win,” said an emotional Wilson.

The women’s downhill race was won by Camille Balanche of Switzerland with a time of 5:08.426, with Britain’s Mikayla Parton finishing fifth.