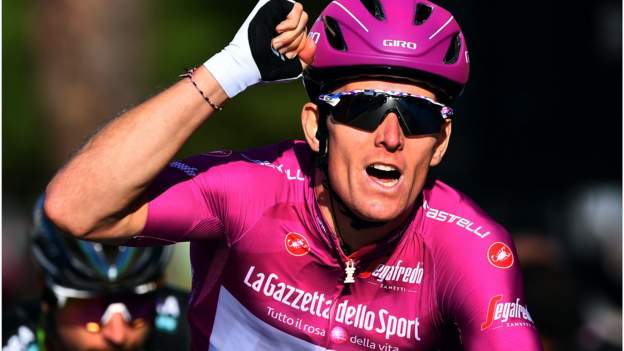 Frenchman Arnaud Demare proved strongest in a sprint finish to claim his second straight stage victory and third overall at the Giro d’Italia.

The Groupama-FDJ rider surged clear of Slovakian Peter Sagan and Australian Michael Matthews to win the 143km seventh stage from Matera to Brindisi.

“The work my team did was amazing,” said Demare. “I waited and I launched my sprint at the right moment.”

After some earlier splits, the race came back together for the final 20km to set up a bunch sprint to the finish but no one able to find the room to challenge Demare, the French national champion.

“My team-mates have made the difference even more than the great confidence I have these days,” he added.

Sagan, riding in his debut Giro, took a familiar second place – his third of the race – as he still seeks a first win in the Italian Grand Tour.