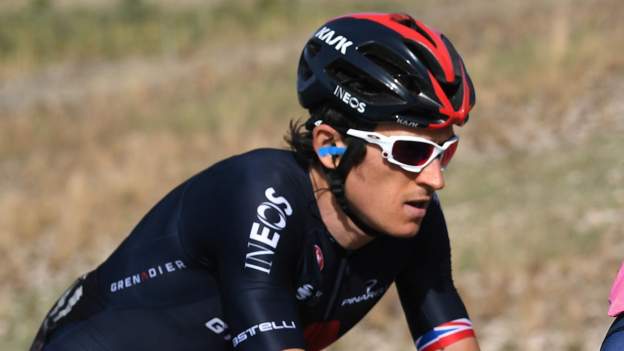 Geraint Thomas retained his advantage over Simon Yates in the Giro d’Italia as Diego Ulissi won after a late attack on stage two.

Ulissi broke away from the peloton with about 1km to go of the final climb before powering away from Peter Sagan.

Thomas, 34, earned the gap he has over his general classification rivals after fourth place during the time trial into Palermo, which began the three-week race across Italy.

The only other GC challenger close to his time is Yates, 28, who is expected to lose time to Thomas in the race’s three time trials, before recovering it during the mountain stages.

Ulissi, of Tour de France winners UAE-Team Emirates, won his seventh career Giro stage after an impressive late push away from the peloton up a small final climb after the 149km race from Alcamo to Agrigento on Sicily.

Bora Hansgrohe’s Sagan followed, but was not able to stay with Ulissi in the final sprint. It is a year since three-time road race world champion Sagan has won a race.