Rider Interview: Ronan McLaughlin became the first rider since a teenage Sean Kelly to win back-to-back Shay Elliott Memorial races, all this after six years with the AN-Post team plying his trade on the roads of Belgium. McLaughlin is still turning the pedals in anger but now on home roads. Ed Hood caught up with him for a chat after a chance meeting at the recent Yorkshire World championships. 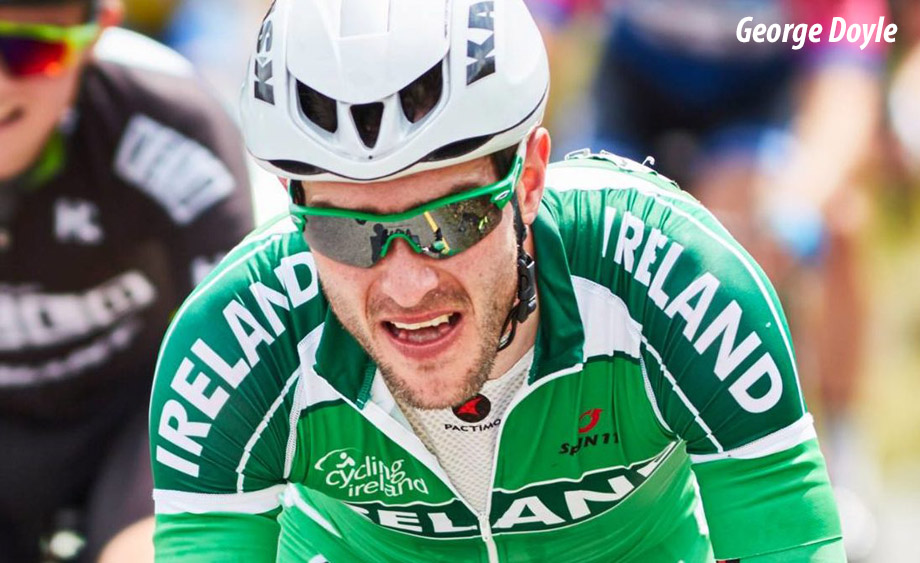 “There IS Life After The Flatlands.” The Worlds, Harrogate last month, I’m ‘poaching’ those ‘just past the finish line’ pics that I like to nab. ‘Hey Ed!’ Hollers an Irish voice. It’s Ronan McLaughlin. It’s a wee while since I spoke to the man who spent six seasons with AN Post riding those races which most of us can only dream about; Nokere Koerse, GP E3, Scheldeprijs, Kuurne-Brussels-Kuurne, le Samyn, GP Cerami and the biggest one day race of them all – The World Elite Road Race Championship.

We agree to catch up after The Worlds; I do my homework and discover that although his Flatland adventures may be over, he’s still pushing those pedals and indeed has won the last two editions of The Emerald Isle’s biggest single day race – The Shay Elliott Memorial. 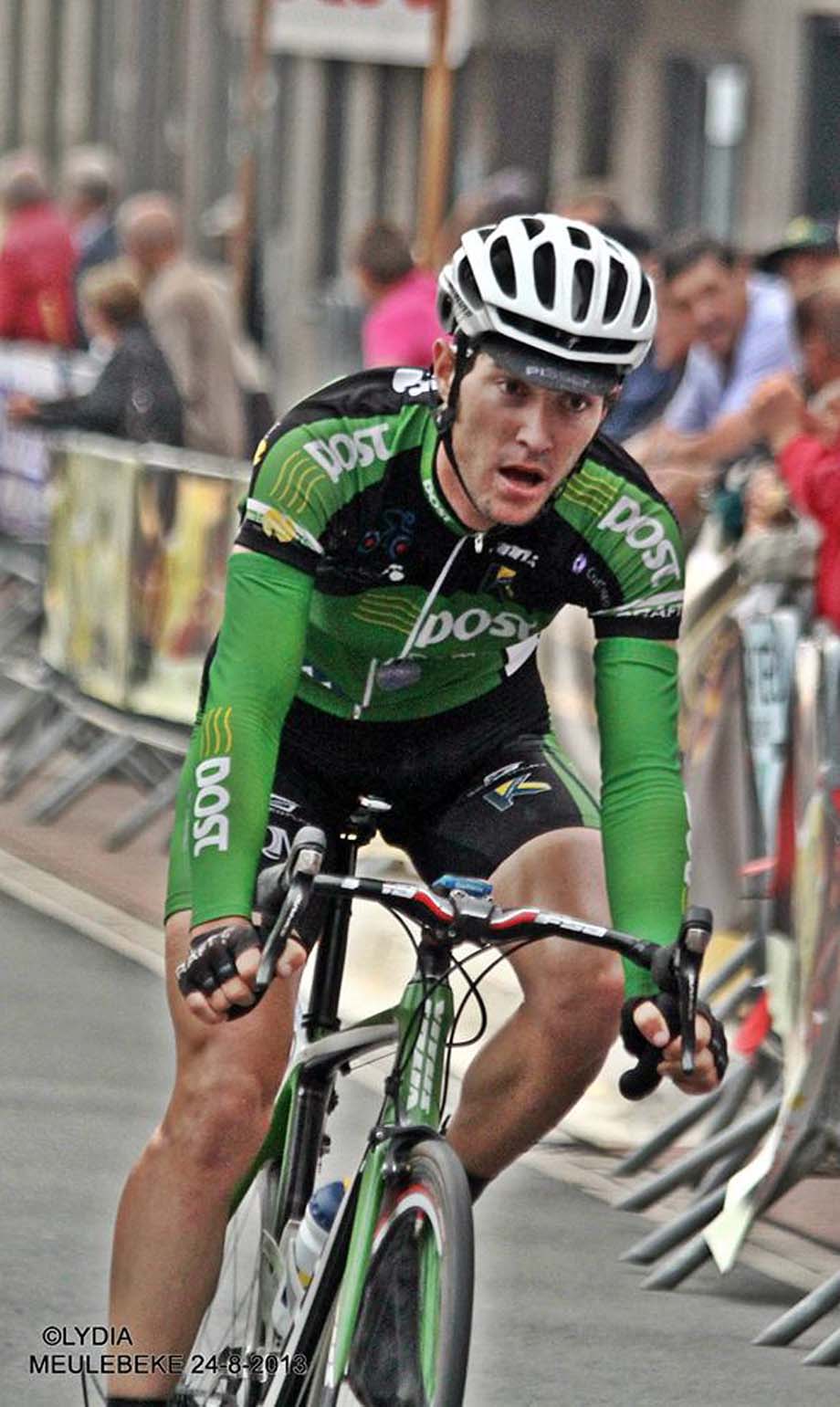 Shay Elliott is a legend of Irish Cycling; he was the first Irish rider to ride the Tour de France, first to win a stage, and first to wear the yellow jersey, and first English speaker to win stages in all three Grand Tours. McLaughlin is the first man to win back to back Shay Elliott Memorials since a certain Sean Kelly back in seasons 74/75.

We opened by asking him if Harrogate was a business or pleasure trip?
Ronan McLaughlin: A bit of both but I’m on the board of Cycling Ireland now, so there was official business to be done.

PEZ: Six years with AN Post, the highs and lows?
Riding well in the 2012 Tour of Britain then riding and finishing the Valkenburg Elite World Championship. That was a fabulous experience, the Irish fans had taken over one of the pubs at the foot of the Cauberg – there was an ‘Irish only’ sign over the door! The reception I got every lap as I passed there as an Irish rider carried me half way up the Cauberg! The not so good memories are getting caught for a RAS [the now defunct, legendary hard fought Irish stage race, won by the likes of Irish legend Stephen Roche, German chrono ace Tony Martin and AG2R’s Lithuanian champion, Gediminas Bagdonas, ed.] stage win 50 metres before the line after bring away for 80K. Then season 2013 nor working out as I wanted despite doing all of the things I thought were right at the time – but when I look back, perhaps weren’t.

PEZ: You rode some great races with AN Post.
Races with a lot history, some of them weren’t World Tour at the time but are now: GP E3, Dwars door, Nokere Koerse, Brabantse Pijl, Jef Scherens, Isbergues, Scheldeprijs, Pino Cerami, Championship of Flanders, Kuurne-Brussels-Kuurne. . . E3 and Dwars door were perhaps the hardest, coming as they do in the middle of the Classics season. I always liked riding Nokere, there was just something about it. 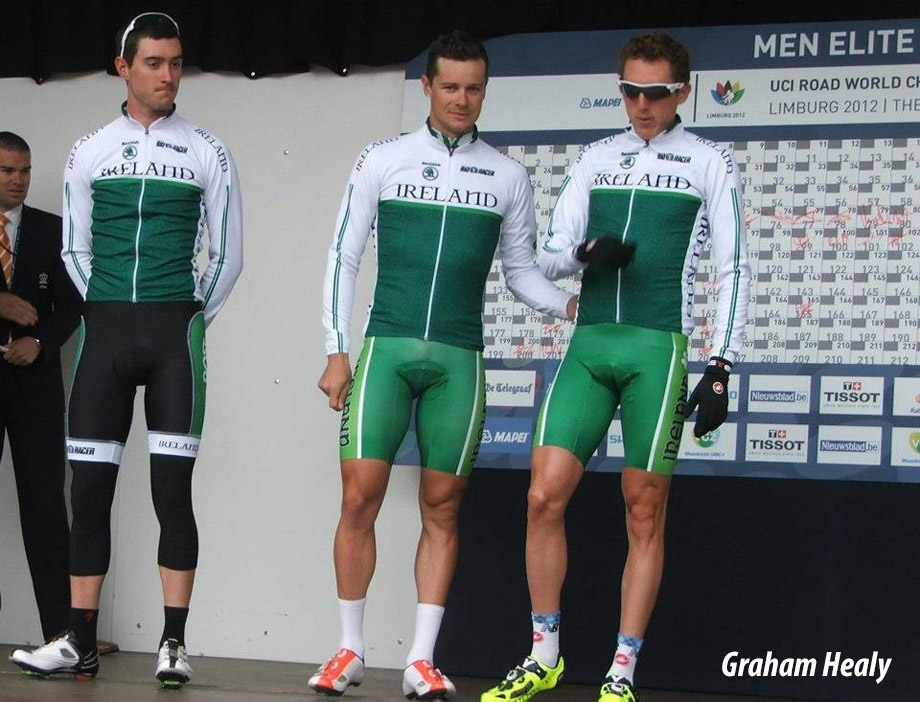 PEZ: Season 2012 was perhaps your best?
That latter part of the season saw me ride Kreizh Breizh in Brittany then the Mid-Aout en Bretagne, Jef Scheerens then the Tour of Britain before selection for The Worlds. I tried to replicate that form the next year but when I didn’t get selected for the Tour of Britain I realised that I wasn’t moving forward or even plateau-ing, I was going backwards.

PEZ: And is that why you returned to Ireland in 2014?
I battled at continental level for six years with the thought that I could move up to WorldTour – at Division Three level you’re certainly not doing it for the money. When I went backwards in 2013 I realised that I wasn’t going to make WorldTour but that didn’t mean I wanted to stop riding my bike. Coming home I went to work full time but still loved riding my bike. 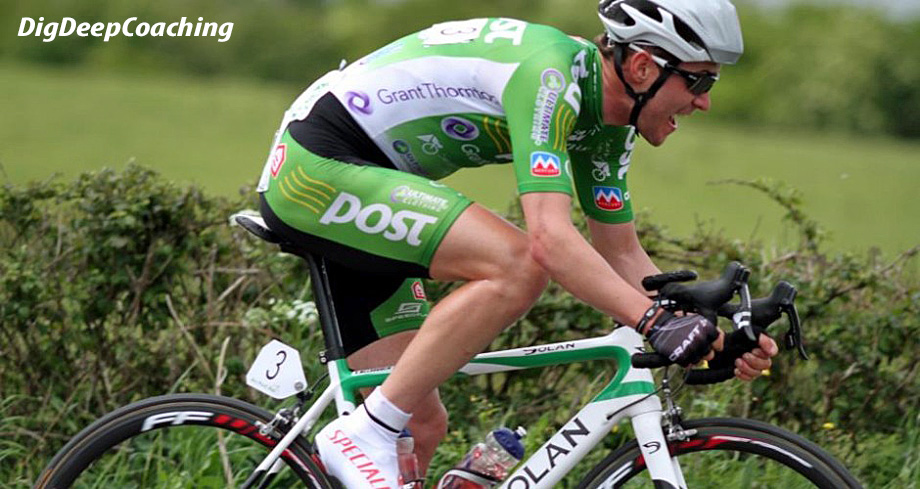 In action at the RAS

PEZ: What advice would you give someone contemplating heading for Belgium to race?
Firstly, integrate into the culture, there’s no sense in trying to pretend you’re still at home and moaning that the milk’s not the same. Don’t get hooked up on the differences from home. Secondly, whist watts/power/FTP are important training tools, remember that learning how to handle a bike and read a race are very important factors too. You can get a guy with good numbers but if he can’t handle his bike and know which moves to go with then the guy whose numbers maybe aren’t as good but can handle himself in a big Belgian bunch and has a nose for it will always come out on top.

PEZ: You rode the Tour of Hokkaido in Japan in 2016, how did that come about?
I was asked to do a mentoring role in the RAS that year, looking after four young Irish talents, one of whom was Eddie Dunbar who’s with Team Ineos now. From there the roll extended to doing a similar job, which I really enjoyed, at the Tour of Hokkaido – my first time in Japan and a great experience. 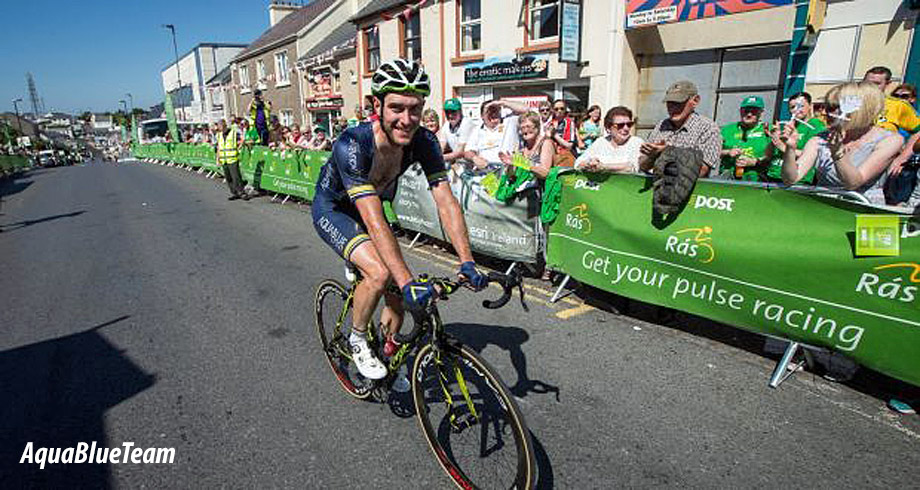 PEZ: And in 2017 you had a spell with Aqua Blue?
That was the Aqua Blue Academy, the team was around for several years before it became the Aqua Blue professional team. (which unfortunately, ultimately didn’t end well, ed.)

PEZ: Two consecutive wins in the Shay Elliott, that’s one tough race.
The last rider to win it back to back was Sean Kelly, so I’m pretty proud of that – and of course Shay Elliott is an Irish legend. It means a lot to me and I hope to try and win it a few more times before I’m finished. The route has changed over the years, it still goes up into the Wicklow Mountains; the last couple of years it finished out in the country – but for 2019 it finished back in town, Newtownmountkennedy which is more appropriate. 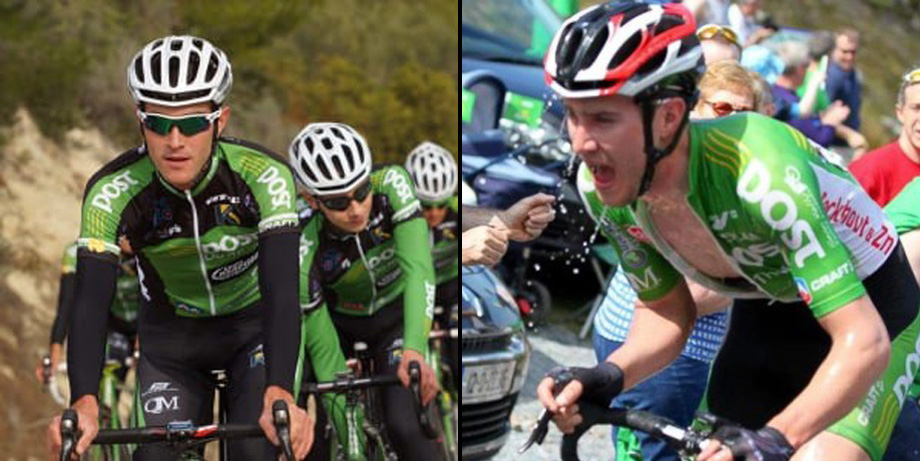 PEZ: The loss of the RAS must have had a negative effect upon Irish Cycling?
It’s definitely missed; rising the RAS was a big motivating factor in the preparation of many riders, they’d train hard over the winter with the intention of riding and doing well in the RAS. I was the pinnacle of many riders year. The announcement only came during this calendar year so I fear that the impact may be even greater for 2020 with no RAS to prepare for over this coming winter. . .

PEZ: You’re coaching now?
I set up Panache Coaching – the name comes from how I try to ride races – some three years ago and now we have Phillip Deignan, the hugely experienced former professional on board. I work full time so I cap the number of riders I can work with at 12 – I do it evenings and weekends but it doesn’t feel like work because it’s so satisfying. 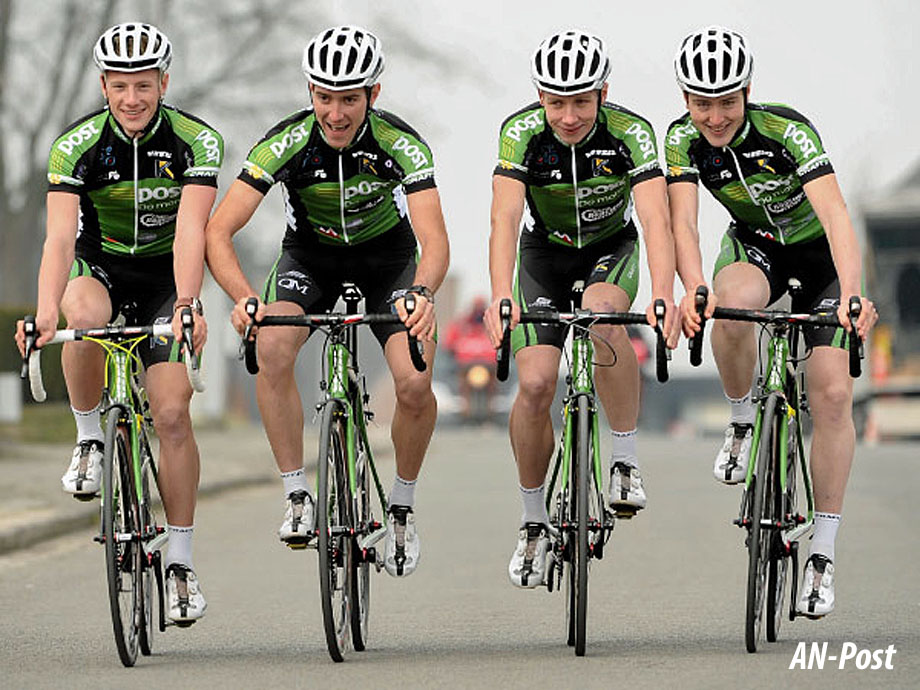 PEZ: How is fitting training in around all your commitments – you have a young family now, too?
Where I’m fortunate is that I had those six years where I built a huge aerobic engine which remains with me. But working full time puts me in the same position as many of my coaching clients so I can better understand their situation. 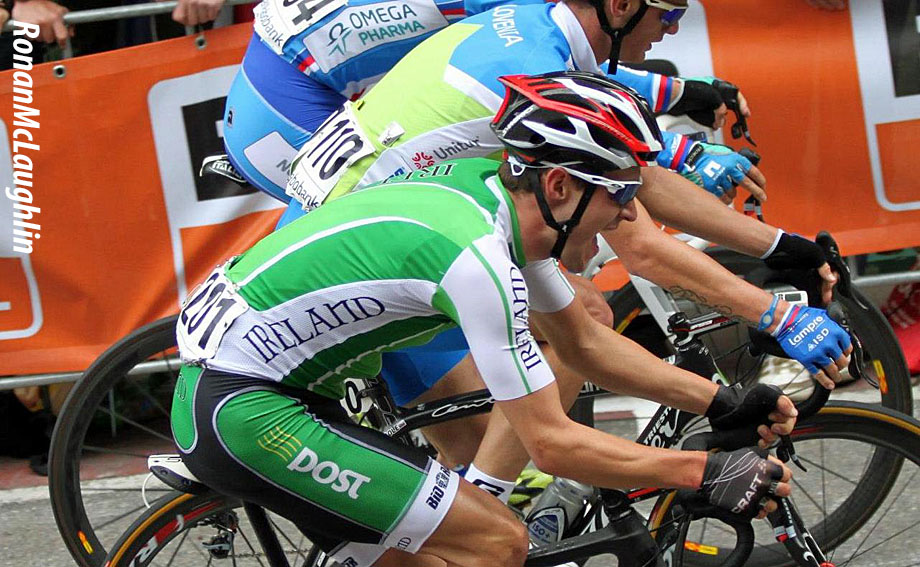 PEZ: With hindsight?
I tried to do the best I could at the time, I don’t look back with bitterness or regret. Where I lived when I was a youngster there was only a handful of cyclists, from there I worked up to riding The Worlds. Since then I’ve met my wife, we’ve had our daughter, I have my career and my coaching – if someone had said to me when I started out that would all come about through cycling, I would have laughed. . . 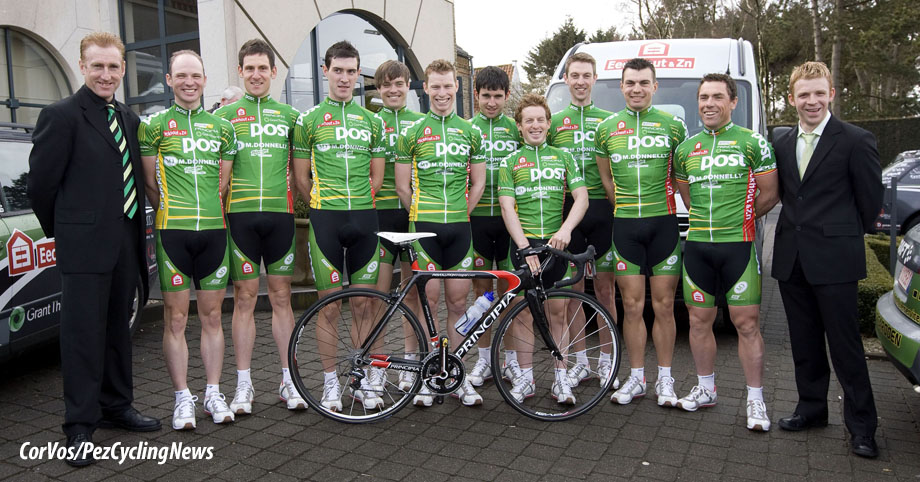 # Thanks to Ronan for the chat and the photograpers for their great shots. #

It was November 2005 when Ed Hood first penned a piece for PEZ, on US legend Mike Neel. Since then he’s covered all of the Grand Tours and Monuments for PEZ and has an article count in excess of 1,800 in the archive. He was a Scottish champion cyclist himself – many years and kilograms ago – and still owns a Klein Attitude, Dura Ace carbon Giant and a Fixie. He and fellow Scot and PEZ contributor Martin Williamson run the Scottish site www.veloveritas.co.uk where more of his musings on our sport can be found.