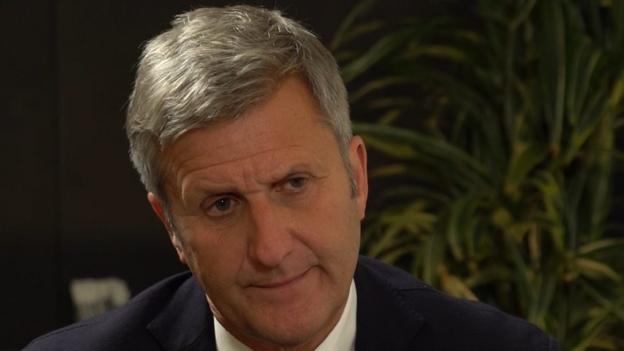 Former British Cycling and Team Sky doctor Richard Freeman will admit to a medical tribunal he “told a lot of lies” and that he ordered the banned substance testosterone.

Dr Freeman is charged with ordering testosterone in May 2011 to give to an unnamed rider to boost performance.

He will claim the 30 Testogel sachets were not for an athlete but were ordered on behalf of ex-British Cycling and Team Sky coach Shane Sutton.

Sutton has denied this claim.

Dr Freeman attended the preliminary discussions for the rescheduled tribunal that will start on 5 November in Manchester.

The original tribunal was postponed from February when Dr Freeman did not appear, citing ill health.

Representing Dr Freeman, Mary O’Rourke QC told the hearing her client had previously “told a lot of lies and he couldn’t bring himself to tell the truth, even to his lawyers”.

She said that Dr Freeman only submitted a revised statement as to why he ordered the testosterone last month.

Following a General Medical Council investigation, Freeman was charged with ordering testosterone to the National Cycling Centre in Manchester in May 2011 from Fit4Sport Limited in order to boost the performance of an athlete.

He is facing 22 allegations in total, including administering testosterone, making false statements and asking the supplier to falsely claim the order had been sent in error.

Only three of the 22 claims are being contested.

Dr Freeman, who resigned from British Cycling in 2017 because of ill health, is expected to admit he made false statements in originally denying he made the order but will maintain the testosterone was for a member of staff who needed it for medical reasons.

The use of testosterone by athletes is banned at all times under World Anti-Doping Agency rules.

In witness statements, Australian Sutton denied the testosterone was for him and denied knowledge of the delivery.

On Tuesday, Simon Jackson QC, representing the GMC, said Freeman’s “motive was to obtain testosterone to give to an athlete to improve an athlete’s performance”.

But Miss O’Rourke said: “The burden is on the GMC to prove the motive they attribute. The GMC aren’t going to believe whatever he says, they are bent on saying it was doping.”

Dr Freeman’s team asked to have a screen between himself and the media when he gives evidence.

They also asked for a screen to be put between Freeman and Sutton and for proceedings to last at most three hours a day. All three applications were granted by the tribunal.

The tribunal could reveal a lot about the inner workings of British Cycling and Team Sky, outfits that have dominated track and road cycling respectively for many years, with the latter becoming Team Ineos in April.