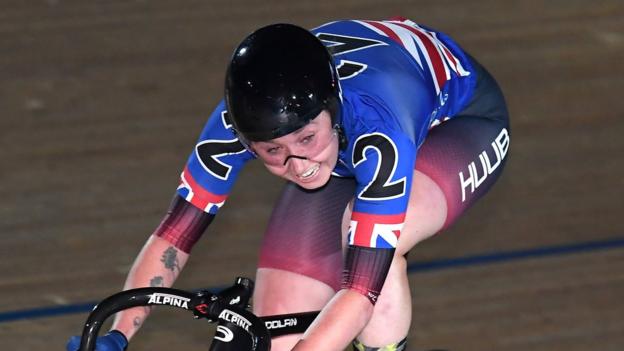 Katie Archibald and Neah Evans headed a team one-two-three for Great Britain as they won the London Six Day meeting.

They put in a dominant performance in the elite women’s event, winning three of the five disciplines.

In the men’s event, Great Britain’s Mark Cavendish and Owain Doull had to settle for second behind Italian duo Elia Viviani and Simone Consonni.

There was no doubt that Archibald was the star of the show over the three days of competition.

The 25-year-old, who was has won gold medals at Olympic, World, European and Commonwealth level, won the omnium and was second in the scratch race. She then combined with Evans to win the madison and the Final Chase to finish 59 points clear of Barker and Kenny in the General Classification standings.

This was Archibald’s third success in London after winning the Six Day in both 2016 and 2017.

Cavendish and Doull had led the men’s competition heading into the last event – the Final Chase – after victory in the 60-lap Derny.

But it all came down to the last couple of sprints and Viviani, the 2016 Olympic Champion in the omnium, showed his class as the Italian survived Cavendish’s attack to lead his team to victory.

The meeting at London’s Olympic VeloPark was the first of the 2019/20 Six Day International series with further events to come in Berlin, Manchester and Brisbane.