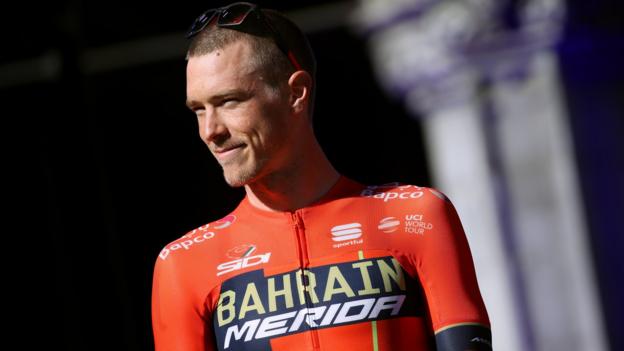 His two-year deal was terminated on 13 September but the team only announced it after the end of the elite men’s world road race in Yorkshire on Sunday, which the Australian was riding in.

Dennis, 29, has referred the decision to the arbitration board of cycling’s world governing body, the UCI.

He defended his world time trial title in dominant fashion on Wednesday.

“This termination has not previously been made public to allow Mr Dennis an undisturbed preparation for the UCI 2019 Road World Championships,” said Bahrain-Merida in a statement.

Dennis, who joined Bahrain-Merida from BMC Racing in January, quit this year’s Tour de France in strange circumstances, climbing off his bike midway through stage 12, the day before an individual time trial he was one of the favourites to win.

He did not compete again until the World Championships, where he did not used Merida bikes, instead riding what appeared to be the BMC brand of his former team, who have since become CCC.

Bahrain-Merida said it will make “no further comment” on the matter because of Dennis referring it to the UCI.