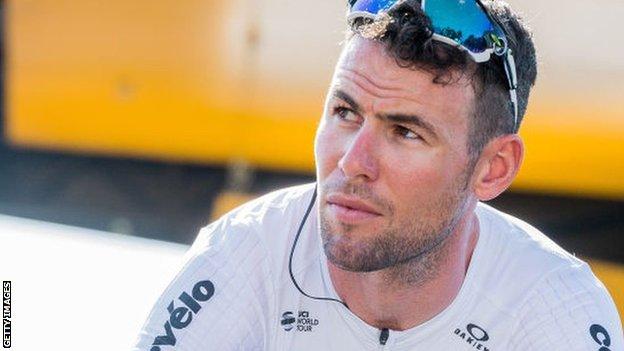 Mark Cavendish has been named in British Cycling’s line-up for the upcoming European Road Championships.

The Manxman was a surprise omission from last month’s Tour de France and is targeting his first win in 18 months.

Fellow Isle of Man rider Lizzie Holden has been confirmed for the under-23 women’s events.

The European Road Championships will take place in Alkmaar, Netherlands from Wednesday until Sunday.

Barnes and Cavendish will be among the favourites for victory on the sprinter-friendly road race course.

The Manxman was due to ride last year’s European Championships in Glasgow but was forced to skip it after he was diagnosed with Epstein Barr for the second time.

Cavendish, 34, is currently riding the Tour of Poland, which is due to finish on Friday, his second race since missing the Tour de France.

Joining him in the line-up for the men’s road race will be fellow sprinters Adam Blythe, Connor Swift, Dan McLay, Chris Lawless and Gabriel Cullaigh, who will ride with WorldTour team Movistar next season.

Luke Rowe and Alex Dowsett, who is the sole man contesting the time trial, complete the eight-rider elite men’s team.

Britain will have two chances in the elite women’s time trial, with Hayley Simmonds named alongside Barnes.

Both will compete in the road race with Hannah Barnes, Nicola Juniper, and under-23 dual national champion Anna Henderson.

British Cycling will not enter a squad into the newly added mixed team relay.