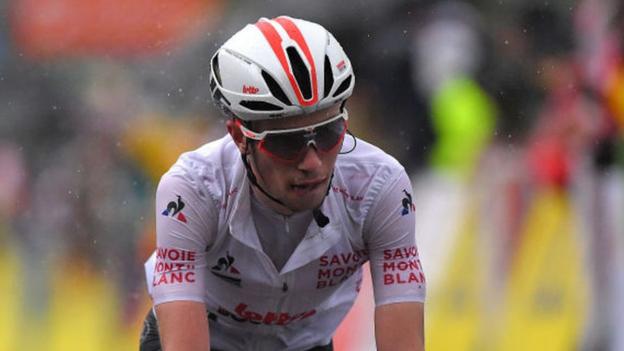 Belgian cyclist Bjorg Lambrecht has died at the age of 22 following a crash during stage three of the Tour de Pologne.

Lambrecht crashed around 60 miles from the end of the race from Chorzow to Zabrze in Poland.

He was taken by helicopter to hospital where he later died on Monday.

“The biggest tragedy possible that could happen to the family, friends and team-mates of Bjorg has happened. Rest in peace,” said his team Lotto Soudal.

Lambrecht was riding in his second season at the top level of professional cycling and had been regarded as one of Belgium’s most promising riders.

He won the under-23s’ version of the Liege-Bastogne-Liege race in 2017 and finished second in the U23 World Championships last year.