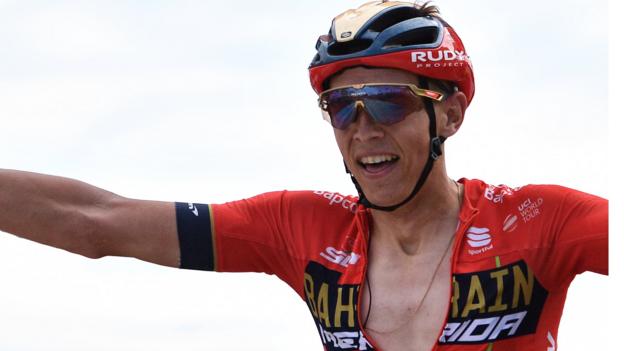 Cyclist Dylan Teuns should have been relaxing at home after three weeks in the saddle in the Tour de France.

But the Belgian suffered a freak gardening accident, which required 15 stitches in his forehead.

Teuns, who won stage six of the Tour, was riding his own tractor when it came to a suddenly halt and his head hit the steering wheel.

His team announced that his head injuries and his ‘bashed-up’ face would keep him out of action, but he is expected to return for La Vuelta a Espana, which begins in Torrevieja on 24 August.